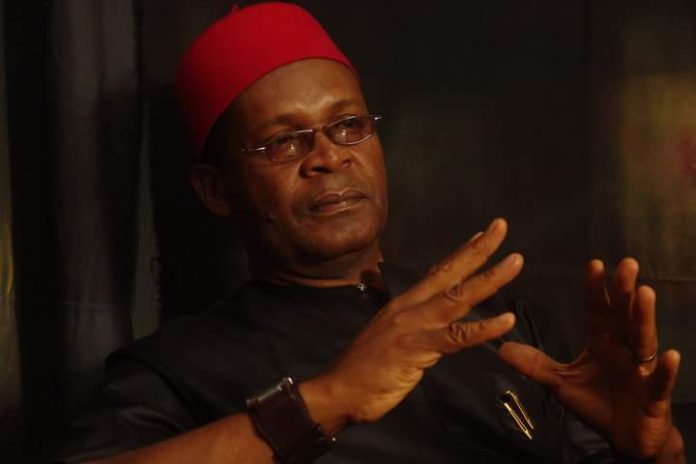 A leader of the All progressives Congress, APC in Lagos, Joe igbokwe has raised alarm over threats to his life and a recent ban from visiting the South-East by the proscribed Indigenous People of Biafra, IPOB. Igbokwe, who is popular on social media for criticising the group and its leader, Nnamdi Kanu, made this revelation in a letter to the Inspector General of Police, Usman Baba Alkali over the matter.

The letter read; “A mother chicken says she is crying out to the world that a Kite stole her chick not because she can do anything to retrieve the stolen sibling but to let the world hear her voice.

I am sure most of us would have seen the continuous threat to my life and the life of those of us who do not agree with the philosophy of IPOB and ESN bandits on Biafra agitation via armed struggle.”

“Today they are getting bolder, threatening, bullying, killing, destroying and decimating the economy of Igboland. Today the bandits say they have power over life and death in Igboland. The bandits and Children of hate say they have banned me from coming to Igboland. The latest threat is that I should prepare to die. This is unacceptable in the 21st Century.”

“Blind people should not lead people with eyes. People we do not know their upbringing, their pedigree, what they do for a living, who their fathers and their mothers we do not know are telling us they are the owners of Igboland. We cannot take this anymore.”