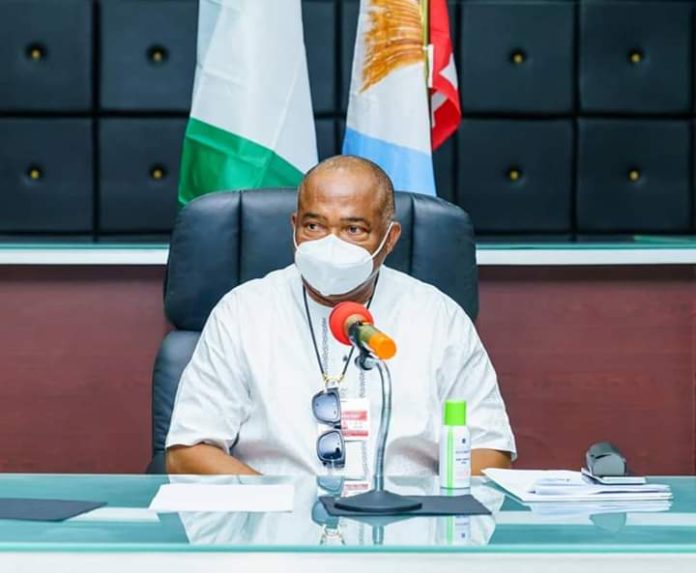 The Governor of Imo State, Hope Uzodinma has said the Indigenous People of Biafra, IPOB, has no powers to order a sit-at-home in the state.

Uzodinma said only a constituted authority like his government can order a sit-at-home in the state.

He spoke while addressing State House Correspondents after meeting President Muhammadu Buhari at the State House.

Uzodinma pointed out that activities in the state are flourishing because residents have refused to obey IPOB’s order.

“IPOB is not a government in Imo state and cannot order people to sit at home,” he said, adding that people who depend on their businesses to make their daily bread cannot afford to stay at home.

The Governor admonished Nigerians to refrain from acts that can cause instability, saying they should not take laws into their hands even when aggrieved.

IPOB had ordered people of the Southeast to sit-at-home over the rearrest of its leader, Nnamdi Kanu.

Following the compliance recorded, IPOB had reviewed the order to only when Kanu is to appear in court.

Bandits as terrorists: Buhari trying to deceive us – Nigerians react...