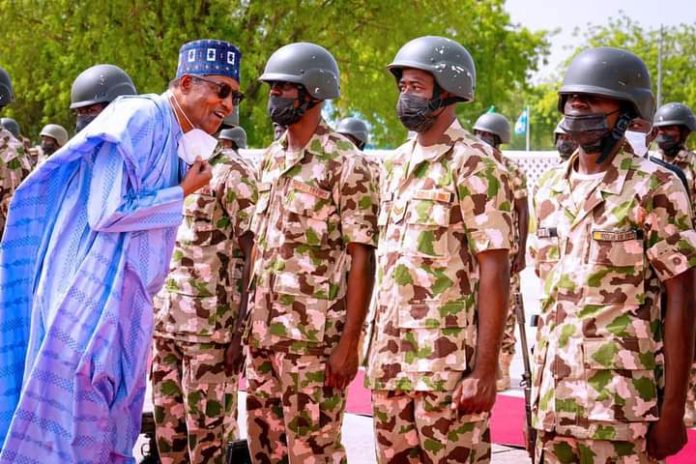 In tandem with the position canvassed by the Zamfara State Governor, Hon. Bello Mutawalle, a lawmaker in Ekiti State House of Assembly, Honourable Adeoye Aribasoye, has called on President Muhammadu Buhari, to as a matter of urgency declare state of emergency in the security sector of the country.

Aribasoye, who represents Ikole constituency II at the Ekiti State House of Assembly, said it was time for government to act appropriately in order to checkmate the activities of the bandits whom he described as terrorists.

On Thursday the lawmaker spoke in Ado-Ekiti while reacting to the attack launched by suspected terrorists on the Nigeria Defence Academy (NDA), Kaduna State, on Tuesday.

Condemning the killing and abduction of military officers, Aribasoye said: “It is time for government to declare a state of emergency on security because when you look at everything, the economy, health, education and every sector depends on security”.

The lawmaker, who lamented the recent attack on NDA, noted that the institution should be a sacred place and should not be allowed to be desecrated by criminals.

“Personally, I am calling on President Muhammadu Buhari, to as a matter of urgency declare a state of emergency on our security.

“Something drastic must be done immediately to arrest this ugly situation. The issue here is not the issue of All Progressive Congress (APC) or People’s Democratic Party (PDP) because the bandits would not say you are APC or any other political party before attacking you,” he said.

The legislator, who also spoke on the activities of the Assembly in the last two years, explained that it has passed more than 52 bills into laws, to bring democracy dividends to the people of the state.

He added that 13 private bills had been passed by the House, three of them he revealed he sponsored and had been passed and assented to by the Governor of the State, Dr Kayode Fayemi.

The lawmaker, however, debunked the notion that the Assembly is a rubberstamp, reiterating the readiness of the lawmakers to continue to serve and initiate bills that will benefit the people of the State.