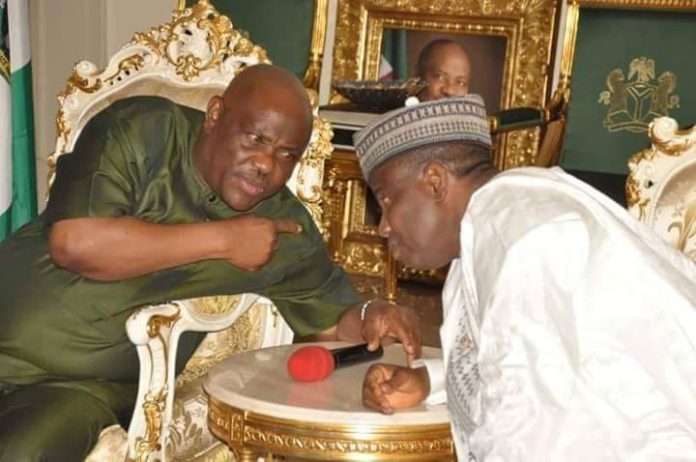 Tambuwal said Secondus must leave office in obedience to the court order sacking him.

The chairman of the PDP Governors Forum spoke while addressing newsmen yesterday after an emergency meeting of the forum in Abuja.

“We are a law-abiding party that believes in the rule of law. So when a High Court in Port Harcourt restrained Secondus from parading himself as national chairman of the party, we advised ourselves that was the way to go. We must comply with that court order.

“We had Akinwonmi presiding over the meeting of the National Working Committee today and he came to brief us on their decision which is in line with the previous meeting of the Governors Forum and the meeting of stakeholders that there should be NEC meeting on Saturday, where we shall be discussing issues about the national convention by the grace of God, which is still holding in October.

“The road can be bumpy but the most important thing is that we are still holding together strongly and that is what we assure our members and teeming supporters across the country.

“We are the hope of Nigeria and the hope of the future and we earned that confidence and trust of Nigerians and we are not going to betray it,” he said.

Recall that a Rivers State High Court had ordered Secondus to vacate the office of the PDP National Chairman.

However, Justice Nusirat. I. Umar, a vacation Judge of the Kebbi State High Court, had yesterday reinstated Secondus back to his office.

Meanwhile, Yemi Akinwonmi, had declared himself as the authentic National Chairman of the opposition party.