Home FEATURED Ikpeazu to Complete Port Harcourt Rd, Others, Before End of Tenure 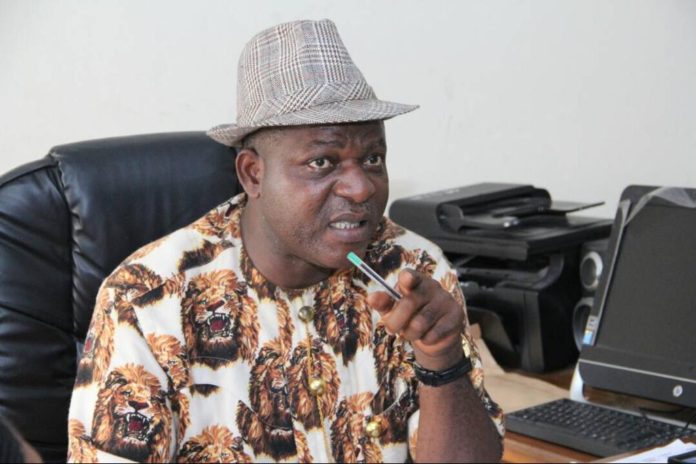 The ongoing 6-lane Port Harcourt Road project embarked upon by the Governor Okezie Ikpeazu-led Abia State government will be completed before May 2023 with at least one lane asphalted for use before the end of this year.

The State’s Commissioner for Information, Chief John Okiyi Kalu who made this known while chatting with newsmen in Aba, the State’s commercial nerve centre, recalled that work stopped temporarily on the road due to the Ndiegoro flood mediation project which intersected Porr Harcourt Road from the Uratta axis which is being handled NEWMAP.

Chief Okiyi stated that the state government is devising an alternative route to evacuate the heap of refuse at Crystal Park junction of the road, an exercise which will also mark the re-commencement of work on the Port Harcourt Road, Aba, having done same when it started work on the road in 2018.

He revealed that the NEWMAP project which involves Uratta and Umuagbai flood plains as well as reconstruction of Ngwa and Obohia roads has a-two-and-half-year completion timeline and that the project site was handed over to the contractors on the 6th of June, 2020, with work actually commencing in January 2021 as a result of delays occasioned by COVID-19 pandemic and the subsequent EndSARS protests that followed in October 2020.

According to him, the contractors, Hartland Nigeria and a UAE company which were expected to procure a tunnel boring machine (TBM) for the establishment of underground tunnels to deliver storm water to Waterside River could not meet up the deadline because of disruptions in international procurement systems during the pandemic, hence, the expected modifications in the design to ensure proper channeling of water through Uratta, Umuagbai, Ngwa and Obohia roads.

“There is absolutely no truth in the allegation of mismanagement of any $56m provided for Port Harcourt Road project as no such money exists for that purpose, instead, the funds being used for World Bank projects in the state are released to contractors only after authorization by the Bank via a letter to the bank managing the project account”, he said.

Chief Okiyi who asserted that those inciting members of the public with false and misleading information are on a mission of political mischief and should be called to order by relevant traditional rulers and stakeholders as their activities have negative impacts on the realization of the much desired projects.

On Faulks Road, the state’s information boss said that the contractor will return to site later this year as he project has not been concluded, assuring that the State Government will execute palliative measures on the road to ease traffic.

He assured citizens that the infrastructural transformation of Governor Okezie Ikpeazu‘s administration will not stop until his last day in office as he is not ready to give in to the antics of political detractors noting that social re-orientation and enforcement efforts will be ramped up to improve the sanitary condition of the city since the state has consistently embarked on desilting of gutters for easy flow of floodwaters.

If SARS is working, why is terrorism still in North  –...