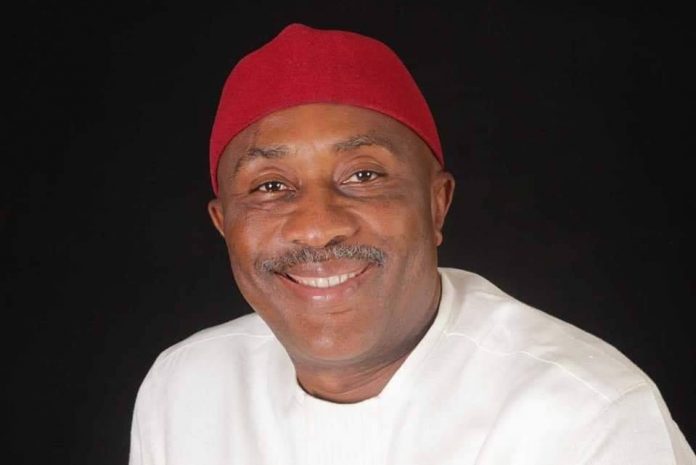 The former Secretary to the Imo State Government (SSG), Uche Onyeagocha has lamented the recent demolition of people’s property and means of livelihood in Imo State by the Owerri Capital Developmental Authority, OCDA under the directives of Governor Hope Uzodimma.

Onyeagocha said it is testamentary evidence that the Governor wants to strangle poor Imolites to death.

The former SSG said it is highly disgusting that Governor Uzodimma has chosen to embark on a rough voyage aimed at making life miserable for poor Imolites in the state.

Onyeagocha made his feelings known on Thursday in a release signed by his Media Adviser, Prince MacDonald Enwere.

Hon Onyeagucha insists that Governor Uzodimma has turned himself into a tool of tribulation against the people.

According to him,” Recently, under the stern directive of the Governor, the OCDA bulldozers gruesomely demolished people’s means of livelihood in the state and other properties belonging to the less-privileged. Such mindless demolition exercise has aggravated the level of suffering of poor Imolites who are just struggling to escape from the entanglement of a manifestly tough moment occasioned by cumulative months of bad leadership of the present administration in the state.

”Such demolition at this material point in time, when the people are yet to recover from the effects and devastations of the COVID-19 pandemic is highly reprehensive.

”The Governor has indeed confirmed his gross irrationality and insensitivity to the plight of poor Imolites. Governor Uzodimma and his administration have become sanctuaries of hardship, intense pains and excruciating poverty.

He said, “It is rather absurd and a mark of wickedness that this government derives enormous joy and happiness seeing the less-privileged in the state swim in the ocean of suffering and abject tribulation. It demystifies any rational instinct how the Governor has turned himself into a tool of strangulation against the people of the State. No responsible or reasonable Government will ever embark on such mindless and wanton demolition of her citizen’s means of livelihood without first providing alternative palliative, especially when it is clear that the same less privileged masses will be at the receiving end.”

”The Governor has indeed confirmed his gross irrationality and insensitivity to the plight of poor Imolites. Governor Uzodimma and his administration have become sanctuaries of hardship, intense pains and excruciating poverty.”

“Rather than causing pain and aggravating the misery of the poor masses in the state, the Governor should begin to engage in meaningful projects that have a direct positive effect on the people. He should be reminded that the society abused today would take its revenge on its leaders in due time.”