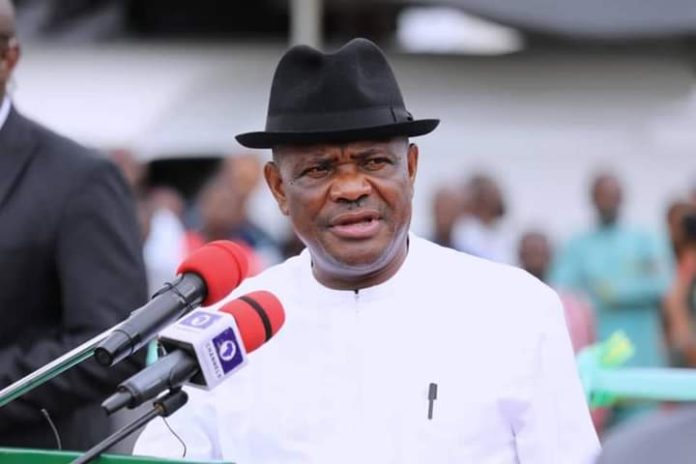 On Tuesday the Rivers State Governor, Nyesom Wike has threatened to stop officials of the Niger Delta Development Commission from using the road leading to their new state headquarters along the Eastern By-pass axis of Port Harcourt if the commission fails to pay its counterpart funding meant for the construction of the road.

Governor Wike made the threat at the commissioning of the newly constructed Nigeria Police Special Protection Unit Base six at Omagwa in Ikwerre Local Government Area of the State.

The Governor regretted that the NDDC has continued to delay in fulfilling its promise on the construction of the road even as it is now at its completion stage.

Governor Wike said” I want to first report that there is no collaboration that we have had with the NDDC that they have completed one. The mother and child hospital we were supposed to have collaborated with the NDDC we brought our own part of the money, NDDC didn’t bring a dime”.

“For the headquarters, Mr minister you’re here with the MD, you told me in government House that you’ll partner with the state government, that you’re going to bring 2.5 billion naira, the state government will bring 2.5 billion for the dualization of the eastern bypass, as I speak, you have not brought one naira, meanwhile the road is almost 95% ready. If you don’t pay I will make sure you won’t use that road to your headquarters because I’m going to be the one that will block that road”.

The Governor also accused the NDDC of politicizing its activities including the appointment of officers and execution of projects.

He, however, challenged the minister of Niger Delta Affairs, Godswill Akpabio to ensure that the Commission stops being a cash cow for politicians.