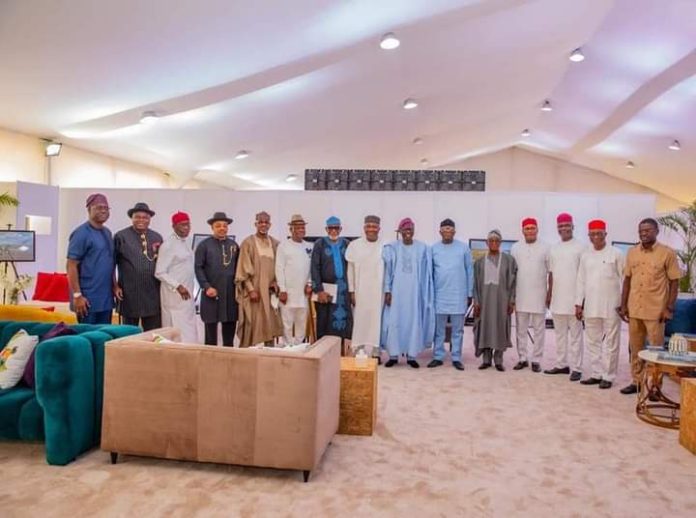 On Monday the Governors under the aegis of the Southern Governors’ Forum are currently meeting in Port Harcourt, the Rivers State capital.

Governor Nyesom Wike, who is hosting the event, earlier received his Edo State counterpart, Godwin Obaseki, the first of the guests to arrive at Government House in Port Harcourt.

Others who are currently on in the state for the meeting include the Chairman of the forum, Governor Okowa of Delta State, and his counterpart, the Akwa Ibom State Governor, Emmanuel Udom. The agenda for the meeting is yet unknown, however, the forum has severally met regarding is the issue of open grazing and the collection of Value Added Tax, VAT.

Another issue expected to come up in the agenda is the zoning of the 2023 presidency to the region which has stimulated controversies recently as the Northern governors insisted that zoning is unconstitutional.