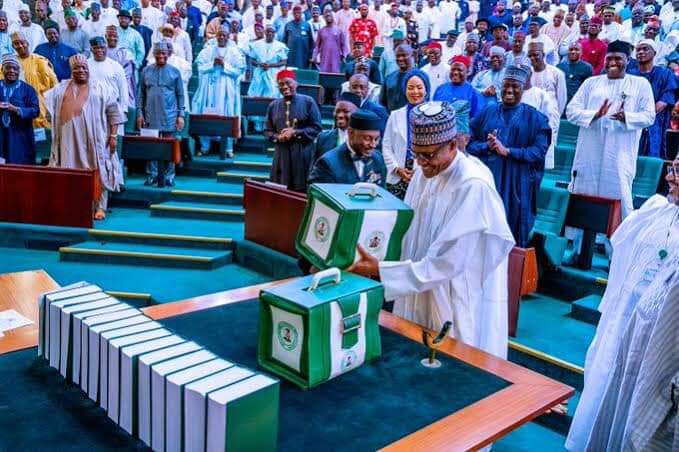 The Leader of the Minority Caucus of the House of Representatives, Ndudi Elumelu, has dismissed the N16.39 trillion proposed to be spent in 2022, as no positive effect on the lives of Nigerians.

The Lawmaker gave his view at the 94th National Executive Committee (NEC) Meeting of at the PDP National Secretariat Abuja on Thursday.

“Earlier today, Mr. President presented an uninspiring N16 trillion 2022 budget that bears no solutions to the challenges facing the nation under his watch. Our caucus assures that we will do all it takes to lobby for the redirection of the budget for the benefit of Nigerians”, he stated.

He also called on his party, to get its acts together, to reclaim power from the ruling All Progressives Congress, APC in 2023.

He lambasted the President, for what he claimed were false declarations at the United Nations General Assembly, as against what he considers harsh economic and security challenges in the country.

“The recent political reports and speculations on the PDP have generated widespread public debates regarding the direction of our great party ahead of our National Convention and of course, the 2023 general elections.

“Such public interest in activities in our party strongly points to the enormity of the confidence Nigerians repose on the PDP as their only hope to end their sufferings, agony and despair under the horrifying misrule of the All Progressives Congress (APC)-led government.

“But more importantly, the situation highlights the anxieties by our compatriots in their demands that we get it right at this point for the task ahead.

“Leaders of our party, as we speak, innocent and defenseless Nigerians are being killed on daily basis by terrorists and bandits. Our citizens can no longer move freely across their country. The current cold blood killings in the southeast and other parts of the nation further underscore the dire situation we face under the APC.

“Today, our economy is in shambles; there is anger, frustration and hopelessness everywhere. Most Nigerians families can no longer afford their daily meals and other basic necessities of life; they go to bed on empty stomach and wake up with no hope of breakfast or even lunch.

“Our productive sectors have been wrecked by the APC. Millions of our brilliant and inventive youths have been denied opportunities to engage their creative minds in fruitful ventures. When they speak out, they are branded, hounded and even killed. Their only hope of survival is to have the PDP back in power.

“It is even more distressing that the President Buhari-led APC administration has continued in false claims and empty promises as witnessed in Mr. President’s address at the 76th United Nation General Assembly, where, contrary to the ugly reality on the ground, he claimed that his administration had weakened insurgents, built isolation centers and emergency hospital wards, all over the country in the fight against Covid-19, and had been steadfast in safeguarding human rights in Nigeria”, he stated.

His words: “Leaders of our party, our compatriots have suffered the unbearable under the hard-hearted APC-led government and they cry out to the PDP for solution. They are ready to march with us all the way to the end, and we must not let them down.

“As you may be aware, the APC, as a political party, is since burnt out and dead. What is left is a deflated, disorganized and decrepit contraption of political scavengers that have no iota of interest in the wellbeing of our nation.

“Against this backdrop, we must go into this National Convention with undiluted patriotism and spirit of sportsmanship. We must be ready, as true democrats, to make sacrifices and adjustments, so as to elect credible leaders that will lead our party to victory in 2023.

“In conclusion May I, on behalf of the minority caucus in the House of Representatives, commend all organs of our party as well as the National Convention Organizing Committee and sub-committees, and urge us all to remain focused in our collective effort to ensure a smooth National Convention to reposition our party for the task ahead”.