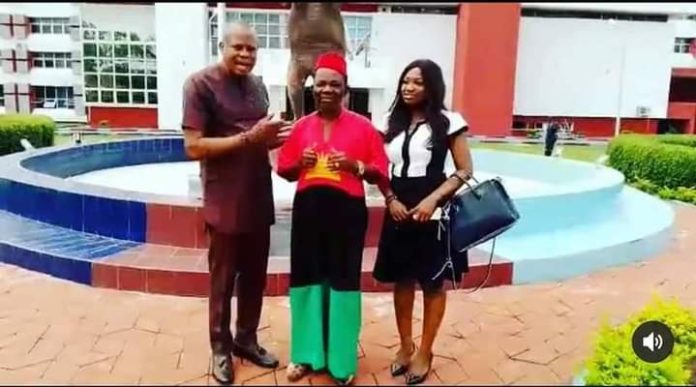 Nollywood actor, Chinwetalu Agu, has been released from custody of the Nigerian Army.

The actor was arrested at Upper Iweka bridge, Onitsha, Anambra State, after some soldiers spotted him dressed in Biafran attire.

He was accused of campaigning for the Indigenous People of Biafra (IPOB) and the Eastern Security Network (ESN).

In a video posted by Nollywood actor, Emeka Ike, on Instagram, Agu was seen with two representatives from the Actors Guild of Nigeria (AGN) who went to secure his release.

One of the representatives said, “Thank You very much members of Actors Guild of Nigeria. Mr President sent me here yesterday because of the problem that the army had with Chinwetalu Agu. I am here at 82 division Army headquarters here in Enugu. This is Chinwetalu Agu.

“Mr President, Emeka Rollas, This is Chinwetalu Agu, he is hale and healthy, nothing happened to him, he has settled with the Army and he is actually a happy man.”

In his response, Agu said, “Keep on supporting Nollywood. It is the only hope we have to sustain both our public and private lives.”

His arrest had triggered an outrage, particularly on social media.