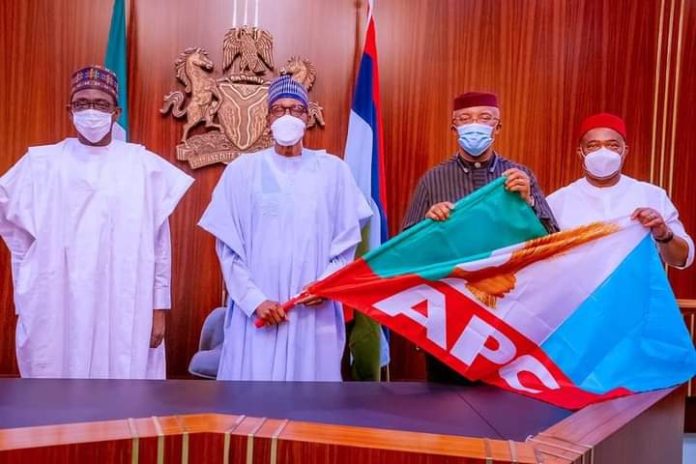 On Wednesday the Deputy Governor of Anambra State, Dr. Nkem Okeke has officially defected to the ruling All Progressives Congress, APC. 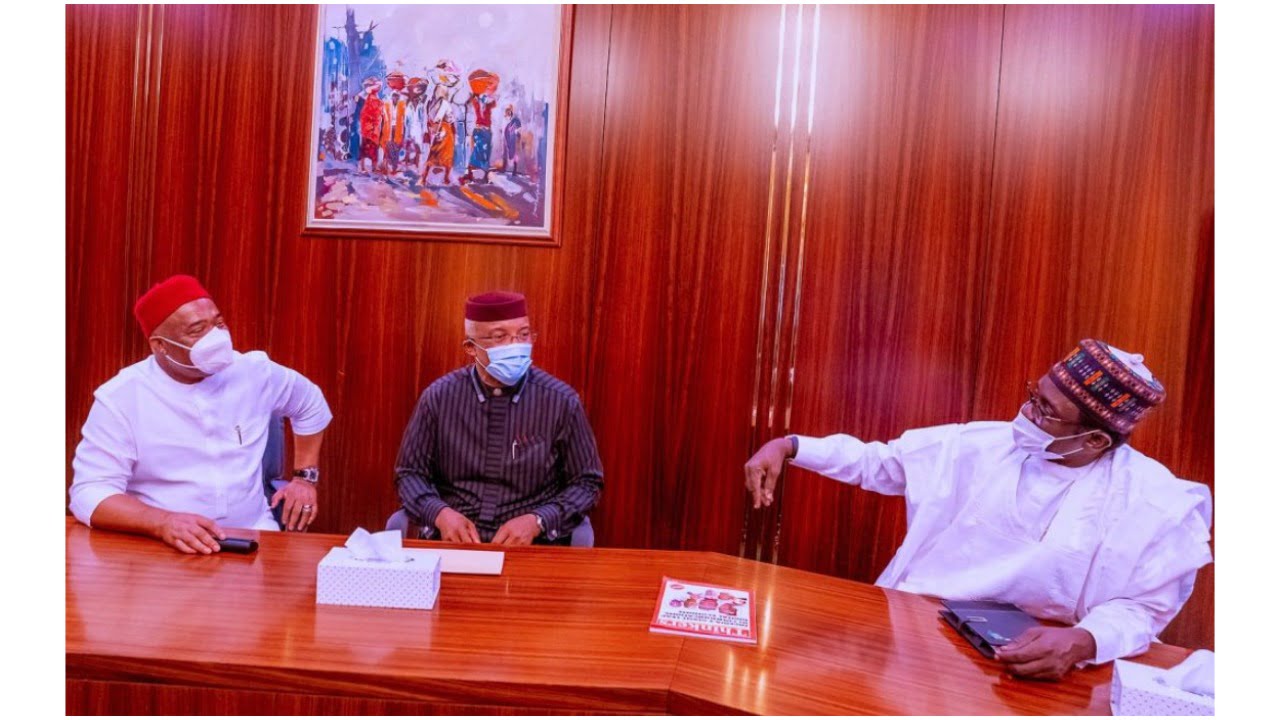 Prior to his defection, Okeke worked as Anambra State Commissioner for Works and Transport in the administration of Governor Peter Obi.

Governor Uzodinma, who presented the new APC member to the President, briefed State House correspondents at the end of the meeting.

He is confident that there will be more defections to the ruling party before the November 6 governorship election to be conducted by the Independent Electoral Commission (INEC) in Anambra State.

The governor, however, faulted that claims by Governor Willi Obiano of Anambra that members of the State House of Assembly who defected from the All Progressives Grand Alliance (APGA) were financially induced to join the ruling party.

He stressed that rather than enticing the lawmakers with money, they were lobbied through persuasion and counselling.

Meanwhile, the leadership of the APC has inaugurated the party’s State Congress Committee chairmen and secretaries.

APC Caretaker Committee Secretary, Senator John Apkanudoedehe, who inaugurated the officials at the party’s secretariat in Abuja urged them to sustain the gains already made by the party’s leadership.

He also appealed to the newly inaugurated party officials to work hard and prevent disagreements that could affect the party’s fortunes in 2023.