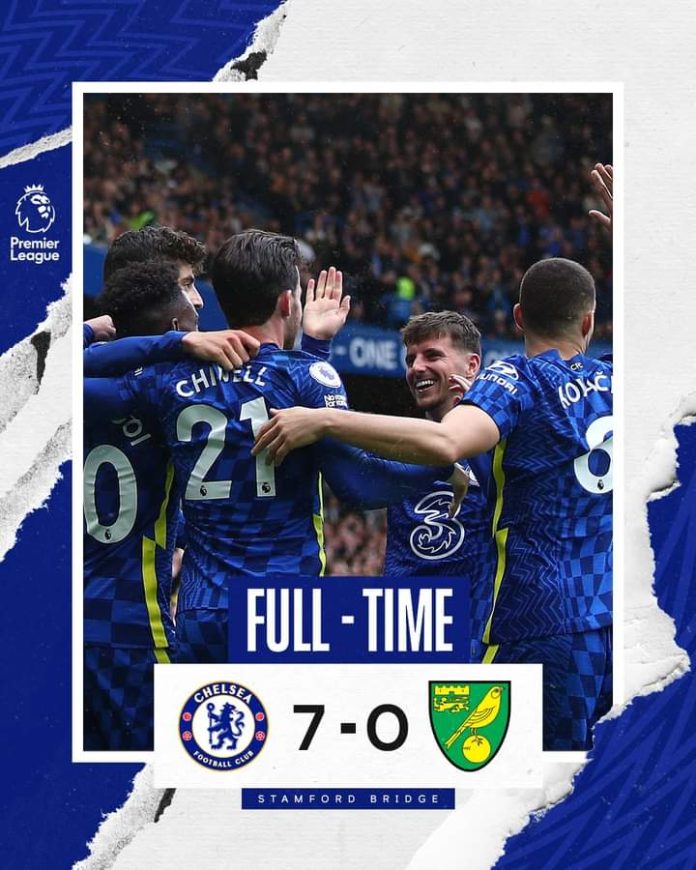 Norwich will spend another matchday rooted in the bottom three as Chelsea go marching on at the top of the table. Unless Daniel Farke can find a way to get his Canaries side winning, he, and the club, could see themselves out of the top flight in very little time. For Chelsea though, if they carry on performing like that, even without Romelu Lukaku, it’s going to be difficult for any other club to wrestle them away from the top spot, and Thomas Tuchel could become a Premier League winner in just his first full season managing the Blues.

Although Mason Mount will be taking home the match ball, the contribution of Antonio Rudiger in this match, particularly in an attacking sense, cannot be understated. He maintained a game-high 96.7 per cent passing accuracy for Chelsea, and 93.8 per cent in Norwich’s half alone. What a performance from the Germany defender, who is quickly becoming undroppable in this side.

Well if you’re a Norwich fan, you’re glad that’s over. Seven goals for Chelsea, and none in reply, sees Chelsea bridge a four-point gap between themselves and Liverpool with a near-perfect performance that saw man-of-the-match Mason Mount pick up a hat-trick, as well as three other Chelsea scorers and an own goal from Max Aarons. It was a complete annihilation of Norwich who don’t look anywhere near good enough to secure their status in the Premier League.