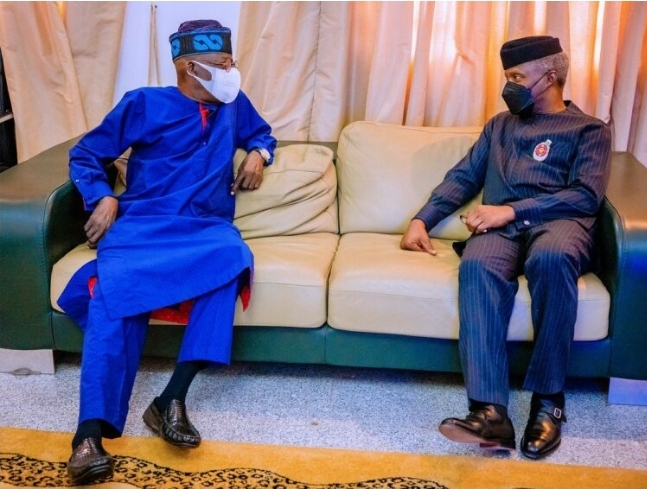 Vice-President Yemi Osinbajo and Asiwaju Bola Tinubu, National Leader of the All Progressives Congress (APC), met in Abuja on Friday.

Both men, who were locked in a warm embrace, met amid speculations that they were fighting each other over the 2023 presidential contest.

Neither Tinubu nor Osinbajo has publicly declared interest in the race but there are indications that they are interested in succeeding Buhari.

The support groups of both men have started campaigning across the country ahead of the 2023 elections.

Before being elected Vice-President, Osinbajo worked as Attorney-General of Lagos State between 1999 and 2007 when Tinubu was governor.