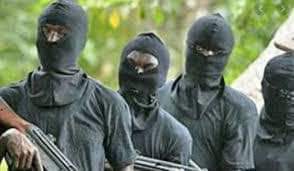 The Peoples Democratic Party (PDP) condemns the Tuesday’s attack on the University of Abuja by bandits, who abducted four staff members and some children in the institution

The party describes the attack as cowardly and demanded an unconditional release of the victims to reunite with their families members.

The PDP describes the banditry which occurred within the precincts of President Muhammadu Buhari’s immediate security purview, just 16 kilometers from the Aso Presidential Villa, as shocking and further shows the helplessness and failures of his administration.

With this act of banditry in Abuja, Nigerians expect President Buhari, in line with his promise to lead from the fronts, to straightaway give himself a “marching order” to rescue the victims, just as gives to others whenever there are cases of security failures in commands outside of his security precincts

The PDP however charges the security agencies not to relent in the face of the failures of the Buhari administration but rise up to the occasion, track down the bandits and rescue the victims.

The party laments the persistent insecurity in the nation and urged all the citizens to be at alert and assist security agencies in their genuine efforts to secure the country under an incompetent administration.

The PDP urges Nigerians to continue to pray for the safety and freedom of all compatriots languishing in their abductors den, while tasking governments at all levels to rise up to the occasion and device more efficient strategies of securing our nation.