Home FEATURED Your frustrations should be diverted into changing Nigeria positively – Prof Jega... 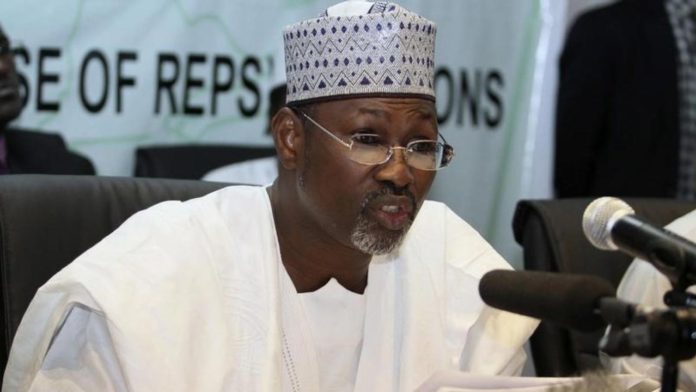 Prof Attahiru Jega, former Chairman of the Independent National Electoral Commission (INEC), has advised Nigerian youths to desist from grumbling and murmuring about the numerous problems bedevelling the country.

While saying that he is aware of the disappointment and frustrations youths in the country pass through, Jega urged them to remain steadfast and focus their energies on pondering on how they can bring positive changes to bear in the nation.

However, he blamed Nigeria’s present predicaments partly on what he described as the youths’ ‘sit-down-look’ mentality.

He further stressed that the key to liberating Nigeria of the current crisis rests with the youths and failure to rise up and take their place in the nation’s polity will only worsen the country’s problems.

The university don made the statement during the Leadership Lecture Series organised in honour of the late Danmasanin Kano, Alhaji Yusuf Maitama Sule by the Coalition of Northern Group Students Wing held at the Students Centre of Umaru Musa Yar’adua University in Katsina on Monday.

Prof. Jega said: “We have to engage, mobilise our youths and let the youths realise that the future of this country relies on them.

“I know that the youths are so disappointed, frustrated and as a result are increasingly disengaging from the public sphere.

“I know that many youths who have gone through school with certificates are without jobs and have no other ways of earning a living. Consequently, they become frustrated and disengage from the public sphere and this action obviously constitute more to the crisis rather than reduce the crisis. If we continue like that, obviously, there will be no hope in terms of addressing this crisis.

“I know that most of you youths are already tired of hearing that you are the leaders of tomorrow. But you are indeed the future of tomorrow.

“If you don’t see such sound future in your hands and struggle for it, then there will be no future for any group in this country. So it is very very important no matter how frustrated you are, no matter how angry you are, divert your frustrations, your anger and your energy into bringing positive changes to our society.

“This is absolutely necessary and the only way to do that is to organise instead of to just sit and agonise over problems as a lot of people do whether as elders or as students.

“We have to organise. You all have to get mobilised and participate actively to improve the socio-economic well being of this country and particularly the northern part of the country. Nobody can do this without the participation and active engagement of the youths.”

According to Prof Jega, the essence of honouring the memory of the late Danmasanin Kano and his likes was because the country needs to be rescued.

“The reason why we have to honour people like Danmasanin Kano, why the Coalition of Northern Group has to take it upon itself to go round, virtually, all the tertiary institutions in the Northern States of Nigeria is to make the fundamental point that this country needs to be saved and it can only be saved by organized actions, organized involvements by organized participation of our youths.

“Everybody has a fundamental role to play and the more people join hands to speak and get involved to bring positive changes not to join the wreckless people to continue to wreck this country and wreck our region,” he said.

“The World’s  currency is trust”