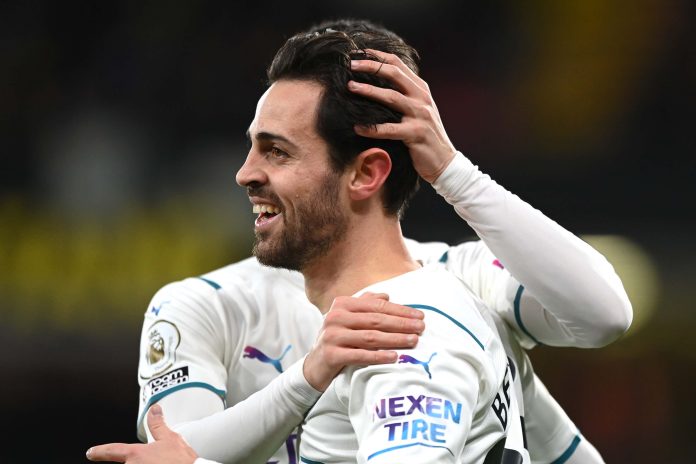 A total of 26 shots – with half finding the target and several being repelled by Watford’s inspired goalkeeper – demonstrates City’s supremacy today, and they can now rest some weary legs for a Champions League tie which is a dead rubber from their point view. Ranieri’s Hornets, meanwhile, next face a basement battle with faltering Brentford on Friday.

There may have only been a two-goal gap between them in the final analysis, but Manchester City were always on top against a hesitant Watford side and should have scored more at Vicarage Road.

Nonetheless, the champions return to the summit of the Premier League table with a richly deserved win, which was inspired by their star man of recent weeks, Bernardo Silva.