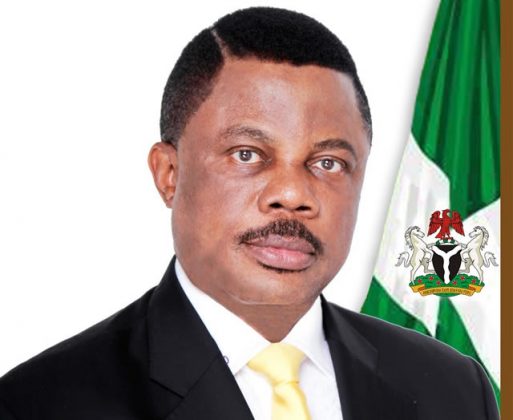 On Wednesday Lecturers and non-academic staff of Anambra State Polytechnic, Mgbakwu have protested to the Anambra State Government House and the state House of Assembly, asking them to sack the management of the institution for being incompetent.

The staff of the institution who carried placards with different inscription first arrived the Anambra State House of Assembly, where they presented their case at the gate of the assembly.

The protesters also moved to the Anambra State Government House, where they also presented their case, demanding the sack of the management of the institution.

A lecturer in the institution, Mr Emeka Ilouno spoke on behalf of the protesters before leading three members to meet with the secretary to state government (SSG), Prof Solo Chukwulobelu said the polytechnic has been run aground by its management.

Ilouno said: “Each time we are here on a protest like this, we are given hope that things will get better, but things are getting worse in the polytechnic.

“We as staff of the institution have obligations, we have families. Infrastructure in the polytechnic is very poor, staff welfare is at its lowest, yet the management of the institution, including the rector and members of governing council are feeding fat.

“When the institution was upgraded from a College of Agriculture to a polytechnic in 2017, we were so happy that at least there is a ray of hope, but it is even worse.”

Some of the protesters who spoke to journalists said the rector of the institution, Dr Nneka Mefo has remained on the saddle for about 17 years, and has constituted herself into a problem to the institution as she and her management team take decisions without recourse to the state of the polytechnic. 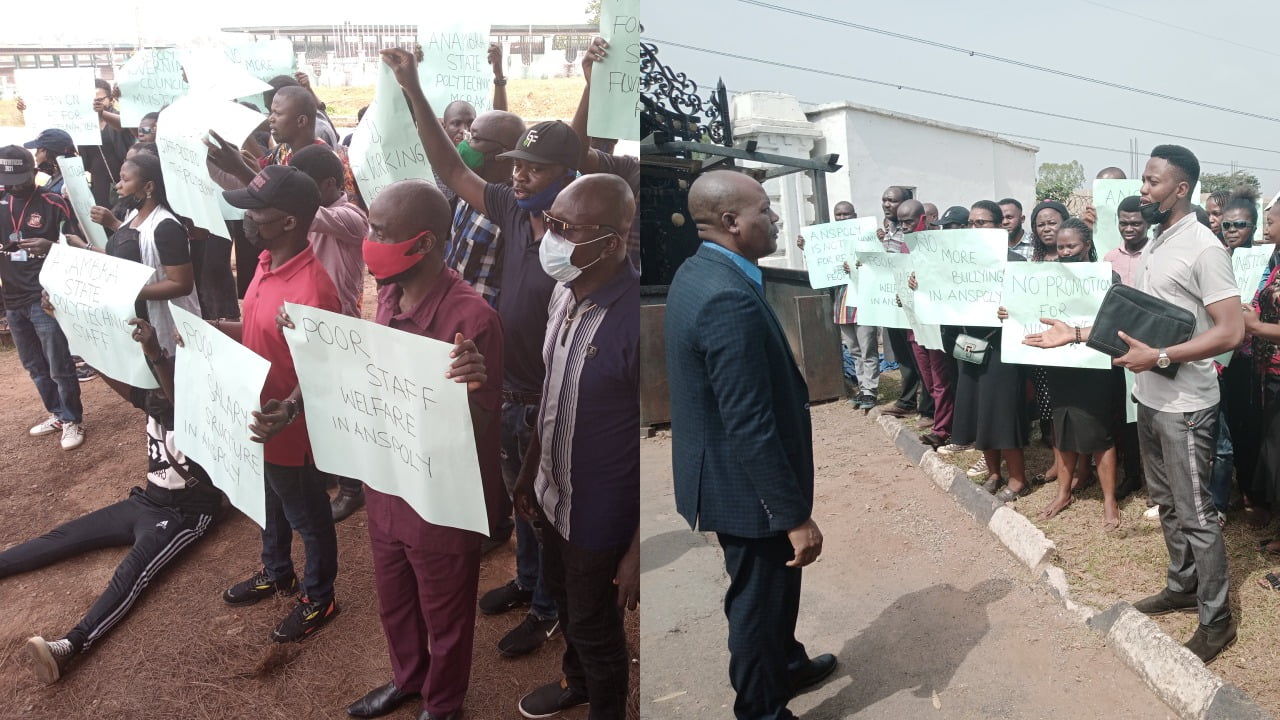 Some of the placards wielded by the protesting staff read: Poor staff welfare in ANSPOLY, ANSPOLY registrar retired but still working, poor salary structure in ANSPOLY, we need full accreditation in the polytechnic.

It was reported that last Friday, ex-students of the institution also protested against the management, shutting out visitors during their convocation ceremony, insisting that students who graduated from the institution have had their certificates described as invalid by other institutions because of lack of full accreditation for the institution.

Rector of the institution, Nneka Mefo, who spoke to journalists through a telephone chat said she was aware of some of the challenges in the institution, including poor pay package, insisting that even members of management who were being protested against were also affected. She said there were efforts to resolve all pending issues.

WASCE: We Must not Jeopardise our Children’s Future – Abia Gov’t