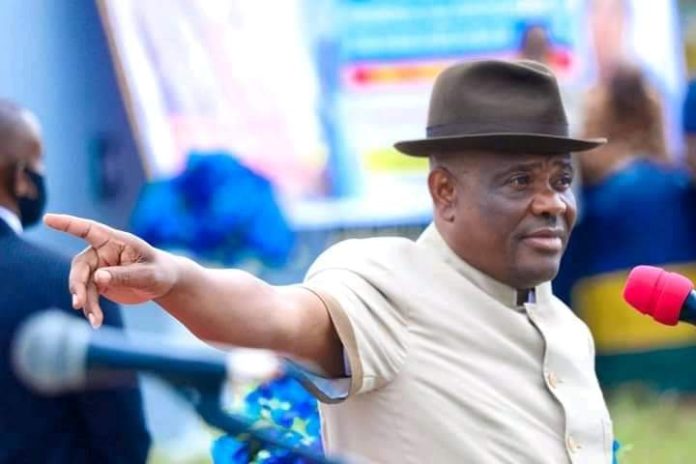 On Wednesday the Chairman-elect of All Progressives Congress, Rivers State, Chief Emeka Beke , has described statements made by Gov. Nyesom Wike of Rivers State attacking the federal government as a typical case of a butterfly thinking itself a bird.

Chief Bekee asserted while reacting to the unguarded attacks levied on the federal government by Governor Nyesom Wike at the commissioning of the reconstructed Ezimgbu Road in Port Harcourt last Monday.

According to Chief Bekee, ordinarily, there would have been no need responding to the usual incoherent vituperation of the garrulous governor but obvious that he was speaking about development – a subject matter the governor has little understanding about – there arose the need to respond to him lest he went further astray.

“It is very sad that Gov. Wike either has forgotten or is completely ignorant of the history of the Lagos–Ibadan Expressway he chose to talk about and how the PDP federal government disastrously failed to fix that all-important road in the entire 16 years it ruled Nigeria. For the information of the governor, next year the Buhari-led federal government will deliver that road fully reconstructed for the use of Nigerians. Gov. Wike should know the difference between reconstructing an inner-city road of fewer than two kilometres and reconstructing a major national interstate arterial 63 kilometres Lagos-Ibadan Expressway.

“Surprisingly, Gov. Wike mentioned the dilapidated Eleme axis of the East/West Road without explaining what he did with the over N3bn he collected from multinational and other companies to carry out maintenance on that section of the East-West Road at the inception of his administration, Chief Bekee queried.

The APC State Chairman said that the over N78bn the governor was refunded last year was an accumulation of all the jobs done on federal roads by his predecessor.

“Rt. Hon. Chibuike Rotimi Amaechi as governor carried out several jobs on federal roads to alleviate the sufferings of the people and help the economy of the State for which Gov Wike received the refund of over N78bn. Why has Wike refused to intervene for the sake of the people? He should be empathetic and follow in the footsteps of his predecessor and either get the refund or for his successor to get the refund. Governance is a continuum,” Chief Bekee said.

“For God’s sake, how can Gov. Wike advise anyone on agriculture? Wike is not fit to advise the smallest local government anywhere in Nigeria concerning agriculture. He came and destroyed every agricultural project and programmes established and operated by his predecessor. Where is Songhai today? Where is the Banana Farm at Tai? Where is the Fish Farm at Buguma? Where are all the other agricultural projects conceptualised and nurtured into existence by the Chibuike Amaechi administration? They are all in in ruins. Even the much hyped Cassava Processing Factory in Oyigbo largely supported by Shell was commissioned and shut down by the governor to this day. Nothing is happening there,” Chief Bekee charged.

The APC State Chairman-elect warned the governor not to continue to paint Rivers people as toxic people through his garrulousness and uncivil utterances.

“Even if he might have started very early to over indulge in his passion on his birthday, he should have rather dedicated such an important day in his life to have a sober reflection instead of letting his passion betray him through his utterances,” Chief Bekee concluded.