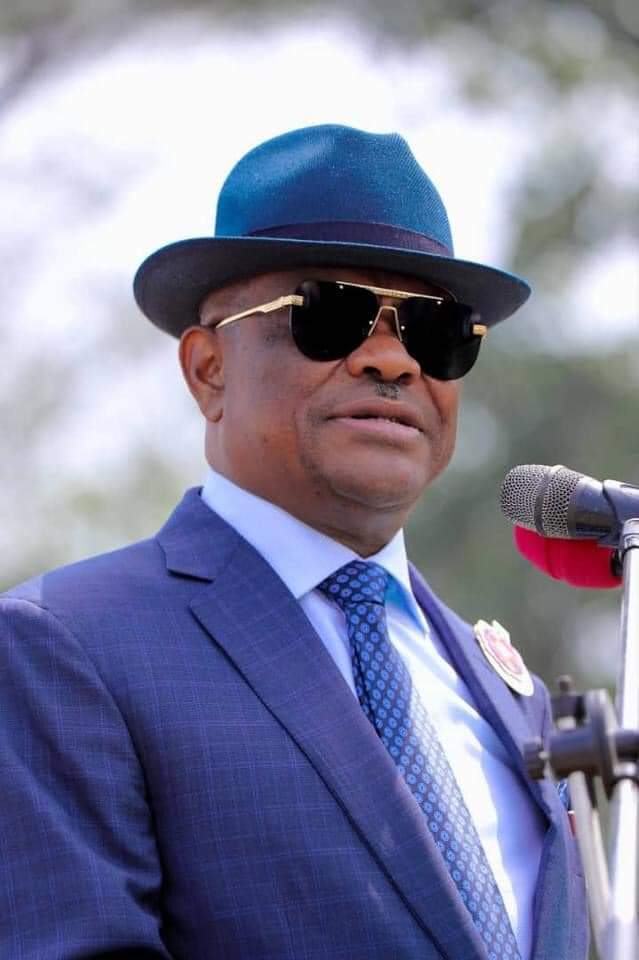 Governor of Rivers State, Nyesom Ezenwo Wike says the National Assembly lacks the temerity to override President Muhammadu Buhari’s refusal to sign the Electoral Act amendment bill because it is part of the All Progressives Congress (APC) scheme to deny Nigerians free, fair and transparent election in 2023.

He said the only way for Nigerians not to repeat the 2015 and 2019 mistakes of voting the APC led Federal Government into power is to send them packing in 2023.

Governor Wike made the assertions at the flag-off of Chokocho-Igbodo Road that was performed by Governor Seyi Makinde of Oyo State on Monday in Etche Local Government Area.

The Rivers State governor recalled how most people did not believe him when he raised the concerns that President Buhari will not sign the Electoral Act amendment bill into law to give legal impetus to electronic transmission of election results.

“Three weeks ago I told Nigerians that there is a conspiracy not to have a free, fair, transparent election in 2023 and that conspiracy was very clear. And I told Nigerians, Mr President will not sign the Electoral Act amendment bill.”

Governor Wike stated that having known the modus operandi, style and strategy of the APC, it was obvious to him and all discerning minds that the clause on direct primaries was inserted into the Electoral Act amendment bill as a ploy for the president to refuse assent to the bill.

According to him, the APC members are afraid that if results are transmitted electronically, they will not survive the 2023 general elections.

“What APC resolved in the meeting they had was that their problem is not necessarily direct primaries, but the electronic transmission of result in 2023. If they allow that, obviously APC will lose the election in 2023 and they told themselves that the only way we can survive that is to include the direct primaries in the bill so that Mr President can use that as an excuse, that he will not sign the bill.”

He accused APC governors and their National Assembly members of deceiving Nigerians that they were engaged in battle of supremacy over the issue of direct primaries, whereas they had secretly agreed to scuttle the possibility of transmitting election result electronically in 2023.

Governor Wike said, unfortunately, the National Assembly do not have what it takes to veto the President’s refusal to assent to the bill. According to him, they lawmakers are not interested in protecting the interest of Nigerians and ensure that elections are free and fair with the electronic transmission of election results.

The governor maintained that because APC do not consider the interest of Nigerians as priority, its leaders are immersed in crisis jostling for benefits that fan their personal egos.

Governor said, the Peoples Democratic Party, (PDP) is different because it is waxing stronger as a true political party, and working everyday in improving the socioeconomic conditions of the people in PDP controlled states.

Speaking about the 27.12km Choocho-Igbodo Road project, Governor Wike said even if the Federal Government had refused to fix the road for years, he is available to solve the problem.

According to him, 40 percent of the contract sum has been paid already to the contractor, Setraco Nigeria Limited to complete the project on schedule, within the next 12months.

Governor Wike berated an Etche politician in Abuja who brought FERMA to do repair works when he heard that the State Government has opted to reconstruct the road.

He wondered why such a son could play politics with the future of Etche and deny them an enduring dividend of democracy.

Performing the flag-off, Oyo State Governor, Seyi Makinde described Governor Wike as a visionary leader whose pattern of development is creating economic corridor, not only within Rivers State but linking it up to the neighbouring three States.

According to Governor Makinde, it should be on record that it is right here in Etche that the push towards rescuing Nigeria from APC misrule has started in Rivers State.

Providing the description of the project, Rivers State Commissioner for Works, Elloka Tasie-Amadi said the Chokocho-Igbodo road serves Rivers and some neighbouring States in the South-East.

Tasie-Amadi explained that currently the road is only 7.3m wide, fraught with problems relating to levels and ponding.

According to him, the reconstruction work will expand the road to a total width of 11.3m, (4m wider than it now is) made up of 8.3m carriageway and 3m shoulders (1.5m on either side.)

“We will introduce a drainage network of 22km with 36 culverts to ensure that the ponding and water discharge problems of the past remain in the past to guarantee the desired life span of the road.

“As is our minimum standard, we would have sharp sand filling to level, a 5% sand cement mix, stone base filling, 2 layers of asphalt, road markings.

“In the next 12 months the road will be completed and from thence onward we would all enjoy as nice a driving experience as we do on the 21km long Odufor Umuoye road also here in Etche LGA.”