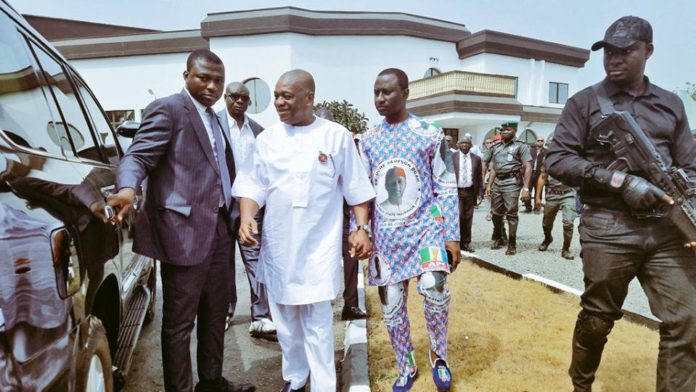 Senator Orji Uzor Kalu has said on Thursday that President Muhammadu Buhari may surprise the people of South-East ahead of 2023.

Kalu spoke in his Camp Neya country home in Igbere, during a meeting with members of his political structures in Abia.

The lawmaker noted that Buhari’s single biggest capital project is being constructed in the South-East.

He described the N369billion second Niger Bridge as the current administration’s costliest.

The Senate Chief Whip urged Igbos to have faith in the President and support the All Progressives Congress (APC) government.

“The President still has 17 months in office and has a role to play in 2023. He may surprise the South-East zone”, Kalu said.

The ex-governor said the Buhari administration’s commitment to 100 per cent budget implementation in 2020 and 2021 was unprecedented.

“No past president or governor in the country has been able to achieve full implementation of the budget since the present democratic dispensation.”

Kalu told his supporters to get their voters’ cards before the general elections for full participation.

He urged them to remain committed to the 2023 governorship project and install a person that would deliver the dividends of democracy to the people.