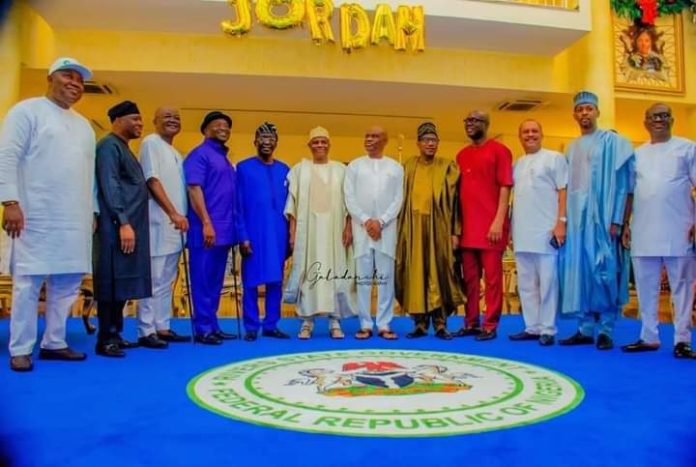 Gov. Aminu Waziri Tambuwal of Sokoto state has appealed to all Nigerians, especially members of the ruling All Progressives Congress (APC) who are nationalistic to work collectively to salvage the country from its current quagmire occasioned by the control of affairs by the APC at the Federal government level.

Gov Tambuwal made the call Sunday evening at a gala night organized in honor of the governors elected on the platform of the People’s Democratic Party (PDP) by Rivers state Governor, Ezenwo Nyesom Wike in Port Harcourt.

The soiree, held at the Banquet Hall of Government House, Port Harcourt, was a prelude to the latest edition of the PDP-GF regular meetings which began last year and would hold Monday from noon.

The feat was attended by the Governors of Abia, Adamawa, Akwa Ibom, Bauchi, Benue, Enugu, Oyo, Rivers and Sokoto state. Also in attendance were the Deputy Governors of Rivers and Zamfara states, members of the PDP National Working Committee (NWC) led by its National Chairman, Iyorchia Ayu as well as Chieftains of the Rivers state branch of the party.

According to Governor Tambuwal, who is also the Chairman of the People’s Democratic Party (PDP) Governors’ Forum (PDP-GF), rescuing Nigeria from its present predicaments is the task of all those who genuinely believe in liberating it and are not happy with the way it is being governed.

He, therefore, said: “we should all work together to discharge our mandate to the glory of God and indeed work together, in synergy, towards rebuilding our party and rescuing Nigeria.

“That is the task that is before us collectively and severally not only as members of the PDP Governors Forum, but every and all of Nigerians; and, those who believe in this country and the fact that it is going in the wrong direction,” Tambuwal stated.

Acknowledging that the country is polarized between those who are benefiting from the prevailing chaos-“those at the Center” and the patriots, “who disagree with the way the country is being ran,” the Governor called on “every Nigerian and even those in the APC that are patriotic enough to join hands with us as we continue to march towards rescuing Nigeria collectively and together.”

In his remarks, the National Chairman of the PDP, Iyorchia Ayu, who noted that under the APC “irresponsible and negative” rule Nigerians have been enslaved not by colonialists this time but its own people, urged them to “keep hope alive,” assuring that “Nigeria will bounce back again.”