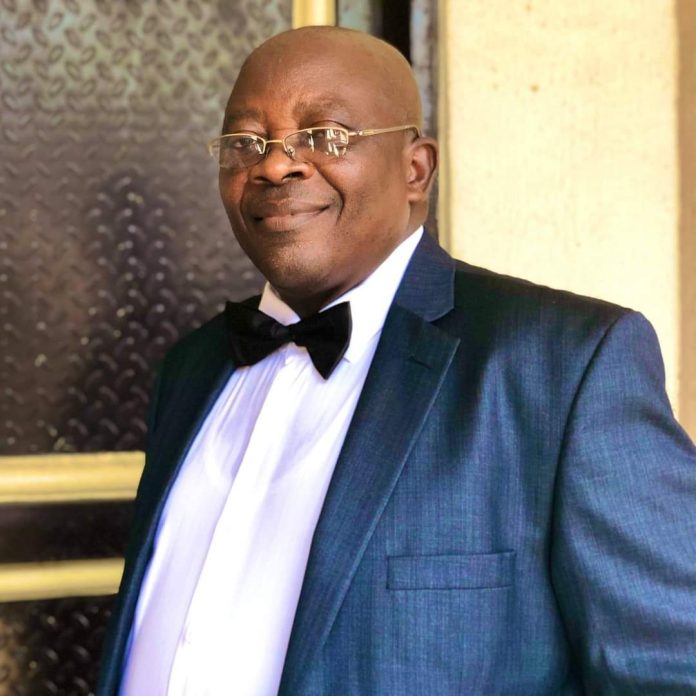 Chief Don Ubani is a desperate and despicable man who is deficit in decency and has no honourable bone in his body. He celebrated his purported 68th birthday on January 1st, 2022 by attacking, abusing and insulting Nde Old Bende Division.

What type of human being devotes his birthday and January 1st to attacking and denigrating a whole people? A 68 years old man should know and act better. Unfortunately, we have come to expect the worst and diabolical from Don Ubani. This is a man that lost badly in the primaries in his malaria driven dream to go to House of Assembly at more than 60 years in 2014. His people know him as a renegade that specializes in working against the interest and decision of Ukwa people and Abians in general. They rightly voted against him massively.

The god that Don Ubani serve is his unbridled arrogance, his pretensions to being an intellectual and a philosopher and his pockets.
There is no government and Governor he has not abused and written fallacious stories about. Immediately he gets appointment, he goes back to his hole of nothingness. Don Ubani was abusing the present government when he lost in the primaries and only stopped when he was appointed Deputy Chief of Staff to the same Governor he had been abusing and conspiring against.

This is a man without respect and regards for the government. Despite his exalted position, he openly attends partisan and sectional meetings and makes statements that are extremely divisive and is never called to order. Don Ubani falsely claims that because Old Bende ruled Abia State for 16 years, that Old Aba Division should rule for 16 years. It appears that senility and living in Aba Sports Club has robbed him of all sense of reasoning or logic. Or as usual his bulging pocket courtesy of his current benefactor is ruling him and dictating to him. This is because he is excluding his Ukwa people from becoming Governor in 2023 in favour of an Ngwa Man from Abia Central. And the present constitution of Nigeria does not recognize “Divisions” but “Senatorial Zones”

The present Governor is an Ngwa man and since the old Aba Division is made up of Ukwa and Ngwa people, an “altruistic and patriotic” person will state that it is the turn of Ukwa people to rule from 2023 to 2031 to complete the purported 16 years of Old Aba Division. Or is Ukwa not part of Old Aba Division
However, his benefactor is an Ngwa man from Abia Central and he prefers him to be Governor over an Ukwa man or is it because there is no Ukwa man willing to be his benefactor?
Don Ubani’s charity does not obviously begin at home or are there hidden reasons why he is excluding his own Ukwa people from ruling Abia State?

Don Ubani is obsessed with Ochendo and his family and it is this hatred and obsession for Ochendo and family that will ruin him and become his waterloo. Ochendo made Don Ubani an Honourable Commissioner for four years and his performances will make even the devil to be ashamed and to cry. There is no plot or negative scheme against Ochendo who made it possible for an Ngwa man fromAba South to taste Governorship that Don Ubani will not be part of. Don Ubani is a specialist in rewarding kindness and love with evil and hatred. Before Ochendo made Don. Ubani an Honourable Commissioner, what were his pedigree and antecedents?

Don Ubani is a well known petition writer and unrefined and unintelligent rable rouser that even members of his own family despise. This is an old man who fought in the public over a plate of rice and fought with members of his family over his greed and wickedness in seizing all the monetary gifts given to his family during the burial of one of their parents for himself. This is a man who told a colleague that his principle in life and politics is to lie, cheat, misinform and disinform for personal gain.

Despite the extreme pressure and threats Ochendo faced in his quest to deliver justice, equity and fairness to every Abian by handing over power to Abia South, Ochendo did what was Godly, fair, honest and equitable and for this act of uncommon courage, Ochendo is eulogized and praised within and outside Abia State. It is this same act of uncommon bravery and sense of fair play that Don Ubani is attacking and trying to rubbish.

It is only somebody with a warped and insidious mentality that can fault such a noble act. Ochendo’s legacy is secured in diamond that can not fade and is already legendary and iconic in his lifetime whilst Don Ubani shall continue to dance in the ocean of shallowness, hate, and envy and unparalled ignominy. The difference between Ochendo and Don Ubani is like day and night. There are simply no comparisons between them.

NBTE writes JAMB, notifies board about the restoration of Abia Poly’s Accreditation.

PHOTONEWS : See the Sorry State of the Road Adesina Commissioned...