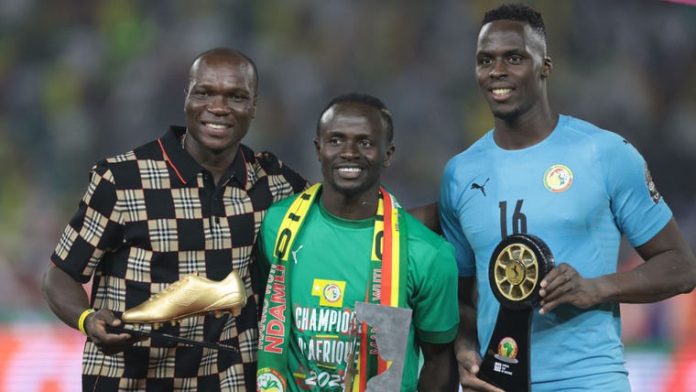 The Liverpool star was named as the top player in the championship thanks to his starring role in the Lions of Teranga’s triumph.

Senegal’s Sadio Mane has been named 2021 Africa Cup of Nations Most Outstanding Player after guiding the Lions of Teranga to glory at Olembe Stadium in Yaounde.

Mane scored his team’s winning goal in the penalty shootout in Senegal’s triumph over Egypt, locking up the victory after a 0-0 draw through 120 minutes.

The Liverpool star was also impressive throughout the tournament, contributing three goals and two assists.

Overall, he has been directly involved in nine (six goals, three assists) of Senegal’s last 14 goals at the biennial African football showpiece (64%), having either scored (2) or assisted (2) in each of his last three matches.

Eagles will be ready for Croatia — Rohr