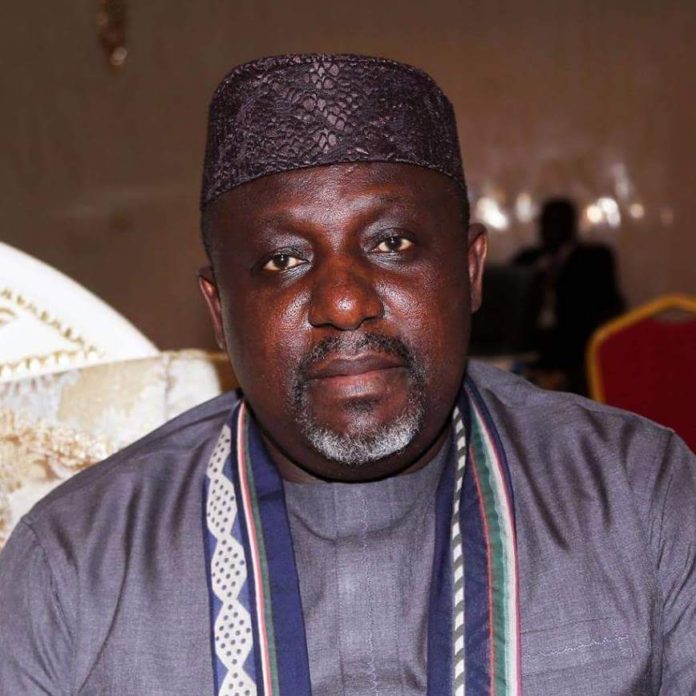 On Tuesday the planned arraignment of former Imo State Governor, Anayo Rochas Okorocha, at the Federal High Court in Abuja, on N2.9bn corruption was stalled.

Okorocha, currently a Senator representing Imo West in the Senate, was absent in court and was also not represented by any legal practitioner.

The development scuttled the arraignment.

However, six other defendants billed to be arraigned along with him on 17-count corruption charges were in court, along with their lawyers.

When the matter was mentioned on Tuesday, counsel to the Economic and Financial Crimes Commission, EFCC, Mr Cosmos Ugwu told Justice Inyang Eden Ekwo that the former Imo State Governor had been evading service of the criminal charges on him as required by law.

He said that the retinue of security operatives surrounding the Senator have made it impossible for Okorocha to be served in person by court officials.

“My, Lord, the business of today is ordinarily for arraignment but it’s regrettable that all efforts on our part to serve the first defendant, Rochas Okorocha have proved abortive.

“The security around him has not been helpful and I wish to apply for an adjournment to enable us serve him and then, arraign him,” he said.

Other defendants in the charge did not object to the request for adjournment.

Justice Ekwo subsequently fixed March 28 to enable the EFCC serve him with the charge and to take his plea.

According to the EFCC, the former Imo governor allegedly conspired with others, including a member of the All Progressives Congress (APC) and five companies, to steal N2.9 billion public funds.

In April 2021, the EFCC arrested the former governor and he was grilled for two days over issues bothering on alleged corruption, before he was admitted to administrative bail.