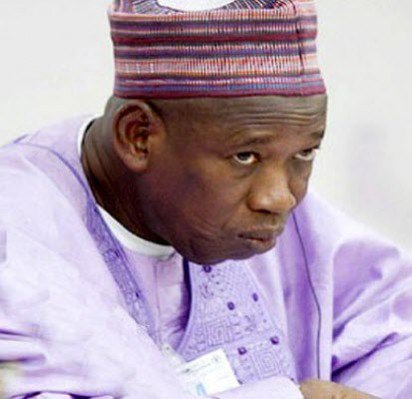 On Friday the Presidential Advisory Committee Against Corruption, PACAC, has said Governor Abdullahi Ganduje of Kano State has some cases of corruption to answer.

Sadiq Radda, PACAC Executive Secretary, said Ganduje has many cases to answer while in office and at the end of his tenure.

He recalled how the governor’s son dragged his mother to the Economic and Financial Crimes Commission, EFCC.

In October last year, Ganduje’s wife, Hafsat, was arrested by the EFCC over alleged fraud.

She was arrested following a petition by her son, Abdulazeez.

Abdulazeez had accused his mother of receiving bribes and involving herself in a fraudulent deal.

However, Radda said: “The governor has many cases to answer while in office and even more after leaving office.

“You can see in Kano, Ganduje has many cases to answer while in office, he will answer more out of office and sadly for the first time in Nigeria a son is taking his mother to the EFCC.”