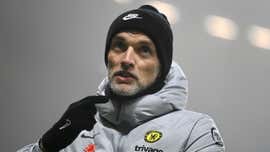 The Blues will be looking for further silverware in the competition’s decider at Wembley.

Chelsea boss Thomas Tuchel admits that events in Ukraine are weighing on his conscience as he attempts to prepare for Sunday’s Carabao Cup final against Liverpool.

The game will be the Blues’ first outing since Russia invaded Ukraine this past week to set off a global crisis that has led to emotional statements around the football world.

On Saturday, moreover, Chelsea owner Roman Abramovich, who is Russian, signalled his intention to step back from operations and hand over stewardship of the club to trustees.