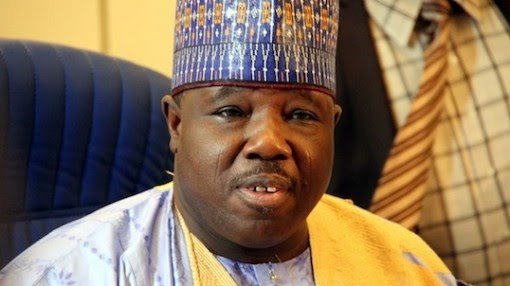 On Wednesday the former Governor of Borno State and a frontline national chairmanship aspirant of the All Progressives Congress (APC), Senator Ali Modu Sheriff, has said that he was still in contention for the seat.

Sheriff said he will only forgo his ambition if President Muhammadu Buhari officially endorses any of the aspirants.

Sheriff stated this while addressing a press conference on Wednesday in Abuja.

He stated categorically that he was not aware of the purported endorsement of Senator Abdullahi Adamu by the President as the next National Chairman of the party.

He said it became imperative to address the press due to some concerns of party faithful regarding the decision and position of the President and the party leadership with respect to the national chairmanship position.

The former governor said as a loyal party member, he would abide by the decisions of Mr President at any time he makes an official decision on zoning or endorsement of any particular candidate.

His words: “Of late, I have been inundated by insinuations and rumours that President Muhammadu Buhari has zoned and endorsed a candidate for this all-important position in our party’s leadership.

“First and foremost, I am not aware of any official statement or position by Mr President on the endorsement of any particular candidate or/and zoning of the Chairmanship position of our great party.

“Mr President and indeed the party is yet to issue a formal statement on these issues. I am in the race for the National Chairmanship position of our party APC because of my strength of character, capacity and competence. My intentions are clear and explicitly for the public good rather than self-interest.”

Sheriff stressed that he was totally committed to working with anyone and everyone to reposition the party towards actualizing resounding victory in the 2023 general elections and beyond.

He added that he has unequivocal confidence in the president’s capacity to make the right choice for the growth of the party.