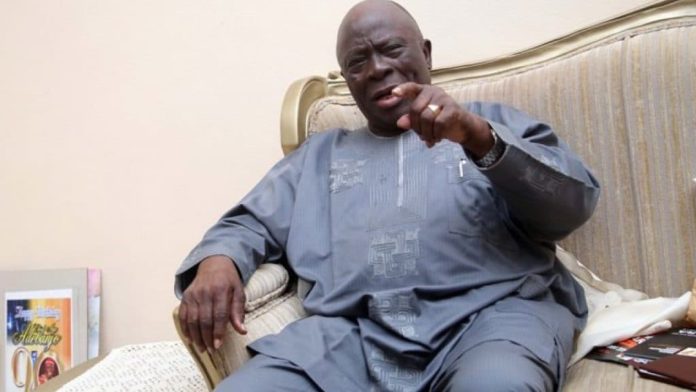 The leader of the Yoruba socio-political organization, Afenifere, Pa Ayo Adebanjo, has backed the call for a Nigerian President of Southeast extraction.

Adebanjo said it is the turn of the Southeast to produce Nigeria’s President because other regions have ruled the country.

He spoke while featuring on Channels Television’s Politics Today, yesterday.

The Afenifere leader argued that former President Olusegun Obasanjo who led for eight years and Vice-President Yemi Osinbajo hail from the Southwest.

He also pointed out that the South-south produced Goodluck Jonathan, the North has served its term, while leaving only the Southeast.

The 94-year-old man stressed that in the interest of federal character, the Southeast should be allowed to rule Nigeria.

“How can you say rotation in the North and South, and when it comes to the South, it would be South-West and South-South every time?

“Is the South-East not part of the South? What is the moral we are talking about?

“Is it not the South-West that had Obasanjo serve for eight years, Osinbajo for another eight years as Vice President? South-South has served its own.

“Is the South-East not part of the South? That is the question we should answer,” he said.

Wike calls for the passage of Host Communities Bill