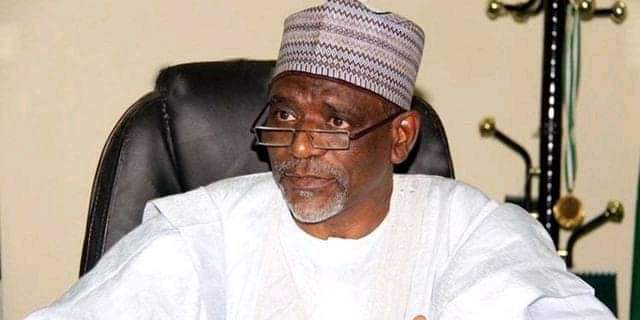 The Peoples Democratic Party (PDP) demands that the Minister for Education, Adamu Adamu should resign immediately and tender unreserved apology to the nation for abusing and walking out on Nigerian students who went to his office to plead for his intervention to end the on-going strike by lecturers in public universities in the country.

The PDP holds that by arrogantly insulting and refusing to attend to the member of the National Association of Nigerians Students (NANS), Adamu Adamu recklessly abdicated his duties and exhibited an unpardonable discourteousness unfitting of a minister of the Federal Republic of Nigeria, let alone a minister of education.

Our Party insists that Adamu Adamu’s action is an assault and embarrassment to the nation’s education sector. It amounts to spitting in the face of the generality of the Nigerian youths as well as their parents; a conduct that is characteristic of the impunity, insensitivity and arrogant disdain for Nigerians which have permeated the All Progressives Congress (APC) administration.

That is why the APC government has always walked away from Nigerians in the face of critical situations that have to do with the security and welfare of the people. Of course, the APC as a party is in approval of the conduct of Adamu Adamu because such is in line with APC’s detestation and disparagement of Nigerians, especially the youths.

Adamu Adamu’s action is reminiscent of the October 2020 brutal killing of Nigerian youths by APC-controlled security agents at the Lekki Toll gate in Lagos for exercising their rights to peaceful protest against injustice and brutality in our country. But for the maturity displayed by the students, Adamu Adamu’s attitude was capable of causing a breakdown of Law and Order at the venue of the meeting.

The right to education is a basic right which must not be denied our youths. It is therefore reprehensible that the minister of education who ought to defend such right could conduct himself in such an undignified manner towards the youths.

Moreover, by stating that he could only comprehend a point in the list of very concise serious issues raised by the students including the demand for adequate funding for education, reopening of universities and the negative implication of constant industrial crisis in tertiary institutions; Adamu Adamu shows that either he is downright inattentive or lacks the required capacity to assimilate or comprehend critical issues.

Such only points to the fact that Adamu Adamu is not a fit and proper person to continue to hold public office as minister. In any case, by training and professional experience, Adamu Adamu is a square peg in a round hole as Minister of Education. He lacks the proficiency to understand, comprehend and effectively attend to issues of education in our country.

While urging the students not to relent in their demands, the PDP calls on President Buhari to remove Adamu Adamu and appoint a new minister of education from the array of qualified academicians and seasoned administrators that abound in our country who can understand and effectively manage our education sector.

Covid-19: What Buhari Has Done, And Is Doing, By Presidency