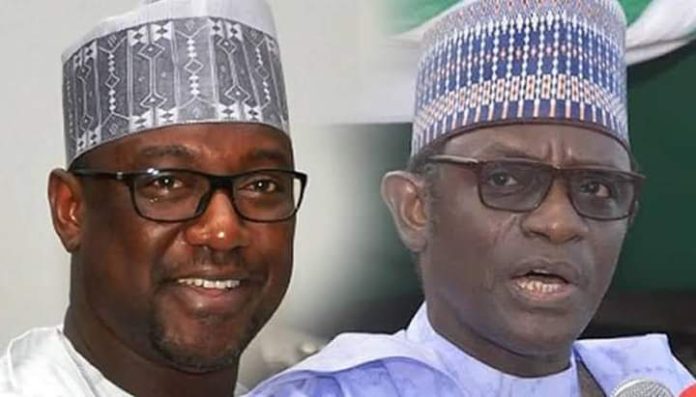 The Peoples Democratic Party (PDP) again cautions all intending aspirants on the platform of All Progressives Congress (APC) for various positions in the 2023 general elections to note that APC is legally defunct, structurally crippled and no longer a legitimate and valid vehicle to field candidates for elections under our extant laws.

The unilateral dismissal and replacement of Yobe State Governor, Mai Mala Buni with his Niger State counterpart, Abubakar Sani Bello by President Muhammadu Buhari as Chairman of the nebulous contraption called the APC Caretaker/Extraordinary Convention Planning Committee (CECPC) confirms that the CECPC is an illegal creation that lacks statutory powers, authority and legitimacy of party leadership.

Mr. President’s action confirms that the APC is not a political party under our laws but a Special Purpose Vehicle (SPV) which became legally nonoperational when in December 8, 2020, it dissolved its national, state as well as local government structures and handed its affairs over to a team of “political undertakers” known as the CECPC.

With the absence of a National Working Committee (NWC), National Executive Committee (NEC), a Board of Trustees (BoT) or legitimate structures in the States, the APC is plagued by confusion and fierce infighting by its various warlords with two National Chairmen, multiple factions in the States and a national secretariat now taken over by security agencies.

This further validates PDP’s sustained position that the APC is just a bunch of strange bedfellows and inchoate sailors clobbered together for remote personal gains and not for governance and public good.

Moreover, by virtue of Section 183 of the Constitution of the Federal Republic of Nigeria 1999 (as amended) which bars a sitting governor from holding “any other executive office in any capacity whatsoever” while serving as a State Governor, the APC’s CECPC whether headed by Governor Buni or Governor Bello remains constitutionally invalid.

The PDP draws the attention of intending aspirants on the platform of the APC to the fact that the CECPC has no statutory authority under the law and that any State Congress or National Convention conducted by it to produce any party leadership at any level remains invalid and unrecognized by law.

Consequently, any Governorship, State Assembly, National Assembly as well as Presidential Primary election conducted by any leadership produced by the illegal CECPC can only produce invalid candidates just like in the case of Zamfara and Rivers States in the 2019 general elections where the APC had invalid candidates due to defective primaries.

Our Party therefore urges aspirants intending to contest in the 2023 general elections under the APC as well as their supporters to read the hand writing on the wall and not waste their resources, time and energy in the APC.

The PDP urges Nigerians not to be distracted by the turmoil in the APC but remain focused on the platform of the PDP as we continue to take appropriate steps and actions in our mission to Rescue and Rebuild our nation from the misrule of the fizzling APC.

ASUU kicks Against Reopening Of Schools, Says NCDC Conditions Are Much