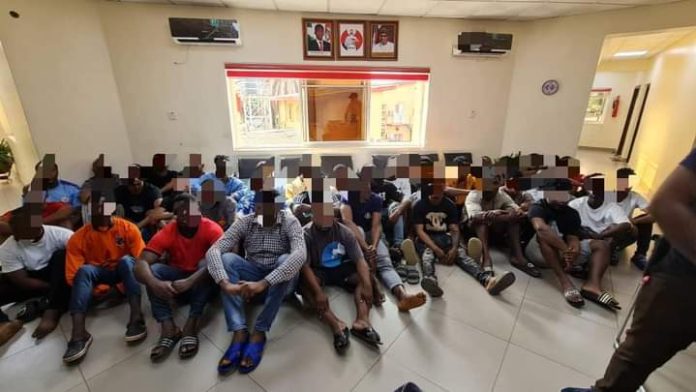 They were arrested on March 9, 2022 at Rotimi Williams Farm Estate, Ogba, Lagos, following credible intelligence received by the Commission on the illegal activities of some individuals allegedly involved in computer fraud.

Upon their arrest, fourteen (14) exotic vehicles, laptops and mobile devices were recovered from them.

Be sensible, you don’t dig further when in a ditch –...