Home FEATURED 2023: Ethnic Consideration Secondary to the emergence of my successor Says Ikpeazu 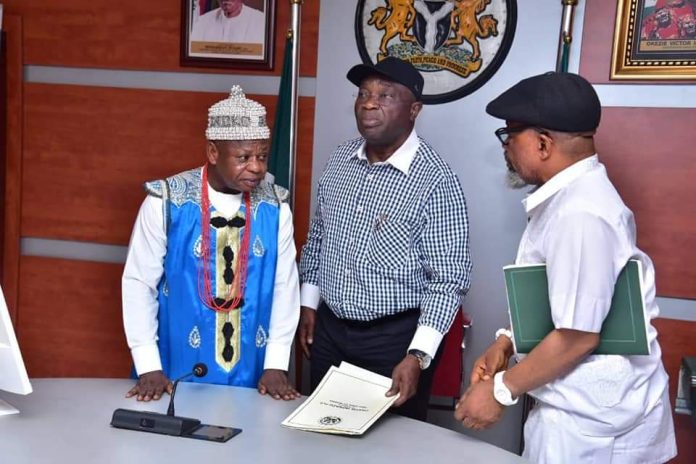 Governor Okezie Ikpeazu has called on political leaders and Abians in general to throw away anything that would divide the State in the quest for his successor.

The Governor stated this while receiving in audience a delegation of Ohuhu Council of Traditional Rulers, Umuahia North LGA at Government House, Umuahia. He said Abia State is blessed with human and material resources but requires unity, love, stability and security for Ndi Abia to flourish.

Governor Ikpeazu distanced himself from those who preach ethnic divide, stressing that nobody can ride on ethnicity to become Governor. He said that his prayer is that God gives the State a humane leader in 2023, who would continue to unite Abia.

He thanked the royal fathers for encouraging him and assured that at the fullness of time, the PDP would take the appropriate decision on the issue.

Earlier, the leader of the delegation and Chairman, Ohuhu Council of Traditional Rulers, Eze Nnamdi Ofoegbu commended the Governor for his quality leadership in the State and assured him that they were determined to ensure that justice and peace reign supreme in the State.

Eze Ofoegbu said Ohuhu Traditional Rulers were of the opinion that since Old Bende Division has produced the Governor for sixteen years, it was natural that the Ukwa/Ngwa block be allowed to produce the Governor in 2023 to ensure equity and balance in the State. He said they would hold agitators responsible for any consequence of negligence of their advice, adding that they would resist any attempt to scuttle the peace and security being enjoyed by Abians.

Chief of Staff to the Governor, Prof-acb Agbazuere was part of the event. 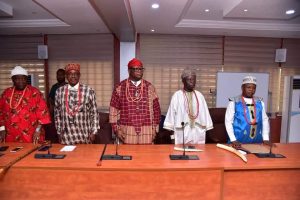 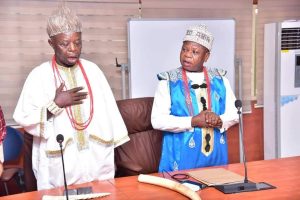 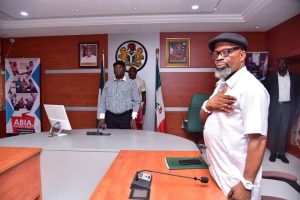 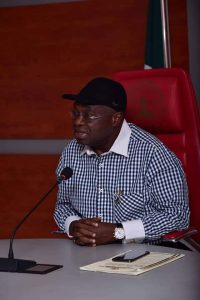 COVID -19: Abba Kyari was secretly flown out of Nigeria for...

RE: ALEX OTTI AND THE PURPOTED SPONSORSHIP OF AMASATOR FOOTBALL COMPETITION.