Home PUO NEWS 2023: Nigerias Must Elect a President that will Unify the Country –... 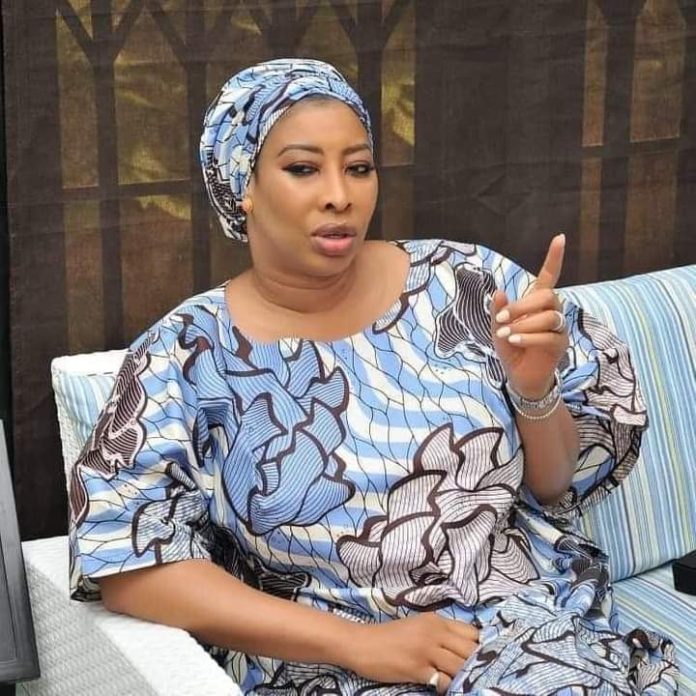 Nnena Elendu- Ukeje was the Chairman House Committee on Foreign Affairs in the 8th House of Representatives. She talks to Tobi Soniyi on a number of pressing national issues, including the qualities Nigerians must watch out for in electing a new president come 2023

Nigeria is on the March again looking for Mr. President. What kind of president should Nigerians elect in 2023?

In the words of Jimmy Carter, he said people will get the leadership they deserve, and I think for too long we’ve talked of leadership we deserve and it’s time to talk of the leadership we need. Everybody says Nigeria is a country of huge potentials but of greater challenges. People who are generous to us call us a fragile state, those who are not, call us a failed state. People have used words like “Nigeria is on the brink,” “Nigeria is bleeding,” “insecurity is taking over Nigeria,” “Nigeria is the third most terrorised country in the world,” “Nigeria is the poverty capital of the world” and the rest.
Michael Moore says it is the economy stupid? The kind of President we need is someone that understands the economy, somebody who’s been a unifying force. I think one of the greatest problems we have is that Nigeria has become so balkanised and Nigerians have fallen into our different cleavages in a way that there doesn’t seem to be any bridge for a rapprochement. We need somebody who is smart enough, who understands global politics; able to make Nigeria again the continental leader that we’ve always been; someone who understands the importance of engagement across board, a true leader, and I’m saying someone who is able to identify the potentials in people and bring them on board irrespective of where they come from; someone who understands that there is need for there to be real inclusion, and someone who has the energy to rule this country.

People in different fora have said- and it’s very uncharitable I believe- that they don’t envy whoever wants to be President of Nigeria because things have gotten so bad, it’s going to take a lot of work to pull us back from the brink. He has to be someone who is hands-on and understand the issues, he has to be someone who is ready to roll up his sleeves from day one and address the real fundamental issues. I think, one of the important things also, he has to be someone that thinks outside the box, not someone who is conventional. And I’m talking about asphalt leadership and I’ll tell you why. The reason why people think that China was so successful, was not because of the Infrastructure and growth; it was because China was able to put things in place that pulled over 300 million of its people from poverty.

Now, when a country has a young agile ballooning population, what that country needs is a leader who has the vision to bridge the gap of inequality. That’s really what we need, someone who is ready to engage and put us back on the map, someone who has the energy, the intellect to understand the economy, robotics, artificial intelligence, and just puts us on a path with a lot of discipline. Because, I believe there are so many places that are leaking. We need someone who is focused and has the vision that from the first day…luckily, there’s that piece of legislation that says they will have to appoint within 30 days, I think it is, ministers…we need a visionary- most people don’t agree with visionaries, but the policy is always better at the end. So, we need a visionary who is able to pull us back from the brink, unify this country, deal with insecurity, understand the nuances of the economy, and bridge the gap on inequality… Anybody who can do that will have my vote.

Do you see any of the major parties giving their presidential ticket to a woman as presidential candidate? Unfortunately, as it stands today, I’ve not seen any woman vie for that job… What is responsible for that?

Because we’re breaking down walls …and this is me. I mean Nigerian women want to run to where? The disaster that was meted out to us at the National Assembly if it’s anything to go by it means that Nigerian women are going to build the blocks. We’re going to create opportunities where we can actually stand on the shoulders of our forebears and build the blocks until people start to realise that this indeed is an egalitarian society. Let’s not forget that the figures state that it’s going to take us 145 years to bridge the gap of political inequality in Nigeria. As far as the political equality index is concerned, Nigeria is 149 ranked out of 155 countries.

You were part of the 8th National Assembly and I’m sure you’ve been following the efforts of the 9th House, would you give it a pass mark, or you believe it’s a rubberstamp to the Executive as alleged?

And Nigerians were quick to embrace a National Assembly that was at loggerheads with the executive, and I use the word “loggerheads” advisedly. Now, the reason I said that was because, the way the executive arm of government is situated in Nigeria with the amount of over- bearing powers the arm of government has- they control the military, the police, I mean the Exclusive list is fraught with all amazing things that prop up the Executive and strengthen it. Now, we continue to have to fight for our space. So, because of that, there’s the impression that the National Assembly, once it’s on its back leg in disagreement with the executive arm of government, we become the darlings of the Nigerian people.

Now, there’s also a saying that you can’t talk with a full mouth, the impression, ab initio, was that the leadership of both House and Senate were darlings of the executive arm of government. Because of that, from the beginning, there was suspicion for that leadership. Let’s also not forget that there was a lot of rancour as well in the elections of the opposition; and so, if you recall, Femi Gbajabiamila as the opposition leader was very vociferous on the floor of the House, people don’t see that amount of fire anymore from the opposition in the Parliament. They probably have their own style of doing things. But, you know, parliament is a place where the Nigerian people want to watch and hear you speak on their behalf. There’s also the saying, of course, that the opposition will have its say, the majority will have its way, but the Nigerian people want to hear the minority speaks vociferously on their behalf about things that affect them. Unfortunately, that voice was not as loud as the Nigerian people want it. So, it would appear, should I say that they have been emasculated by the ruling party.

And because those voices are not loud, it gives the impression that the National Assembly is acquiescing. Unfortunately, leadership in the time of social media is difficult, things that other people got away with, people are watching government in real time, everybody has a ringside seat to government, and you know Nigerians are very opinionated people. And so, things that have affected the people, like the valuation of the Naira, the high inflation rate and so on and so forth. Nigerians are a bit more disenfranchised, and they expect a parliament that is whipping at government everyday; they don’t hear that. So, a lot of Nigerians are of the opinion that parliament is a little docile in the face of heightened poverty that a lot of Nigerians face.

Let me also make a point that a lot of things have conspired to create this feeling of disaffection in Nigeria. Covid has done that. Coronavirus caused lockdown, loss of income, global devaluation and so on and so forth. It has created a lot of frustrations, poverty and anger within the polity. Of course, the security has not helped, the trans-border crime, the movement of ISIS, the banditry and so on has not helped. Nigerians are yearning to see that government is coming up with actionable plan. They’re not seeing that from the executive and they’re not hearing loudly enough, the National Assembly condemning it. So, people are concerned about the strength of the National Assembly.