Home PUO NEWS I Will Be A Unifier, Servant And Nigeria’s President Who Understands Norms... 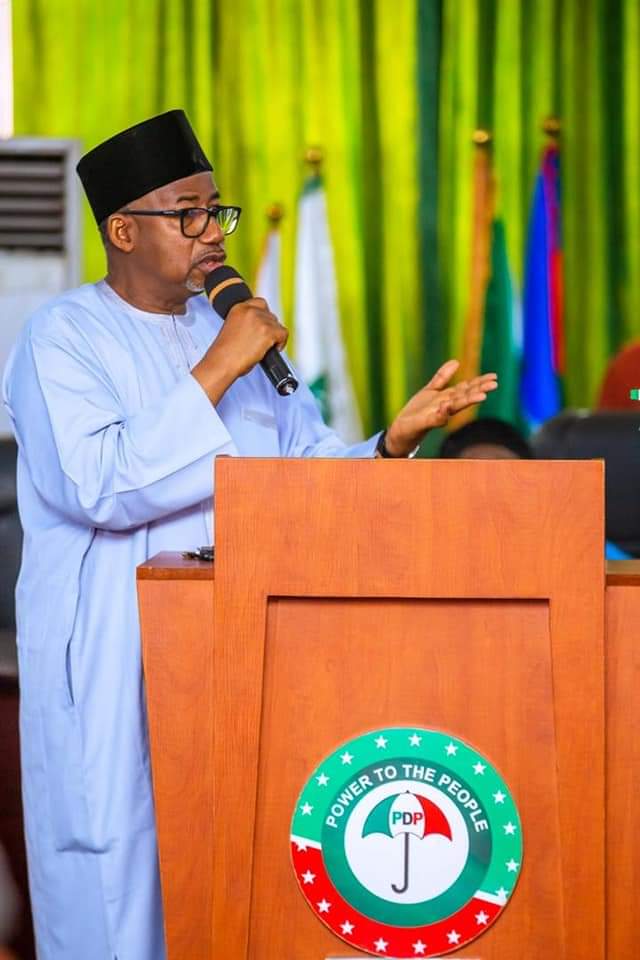 Bauchi State Governor, His Excellency, Senator Bala Abdulkadir Mohammed has said that if given a chance to lead, he will be a unifier and servant who will understand the norms and feeling of Nigerians without underestimating, undermining or demeaning anybody.

Bala Mohammed was speaking today when he visited the National Secretariat of the People’s Democratic Party (PDP) at Wadata Plaza to introduce himself and uniform the National Working Committee of the Party about his presidential aspiration.

Nigeria according to Bala Mohammed needs new orientation and vision, saying that the aspiration of young Nigerians shall not be ignored.

The Bauchi state governor said he does not bear any malice against anybody who investigated him for he sees it as part of accountability but dares anybody to prove him guilty.

He called on Nigerians to trust him with the responsibility saying that he will ensure equitable distribution of resources, take everybody along by bringing a revolution in terms of turning around and rescuing the country.

While commending the founding fathers, the NWC and BoT of the Party, Mohammed said the Nigeria’s economy under the APC is in shamble while the security security of lives and properties of citizens is not guaranteed.

He said that he believes that every of the PDP presidential aspirants is a veritable in the transcendental journey of making Nigeria great again by respecting the supremacy of the Party and giving dignity and respect to the Constitution.

Governor Bala while soliciting for the support of the members and leadership of the Party said, the PDP will collectively rescue Nigerians and Nigeria from the present bricks.

Responding, the National Chairman of the People’s Democratic Party, Senator Iyorchia Ayu commended Bala Mohammed for his outstanding performance in Bauchi and for the hope he has been giving the PDP.

According to Ayu, any of the PDP’s presidential aspirants who are all eminently qualified, will do one thousand better than what the APC administration has done in its seven years because hence the need for Nigerians to massively vote for the PDP to rebuild the country.

Collapse of 7-storey building: Wike directs the setting up of a...