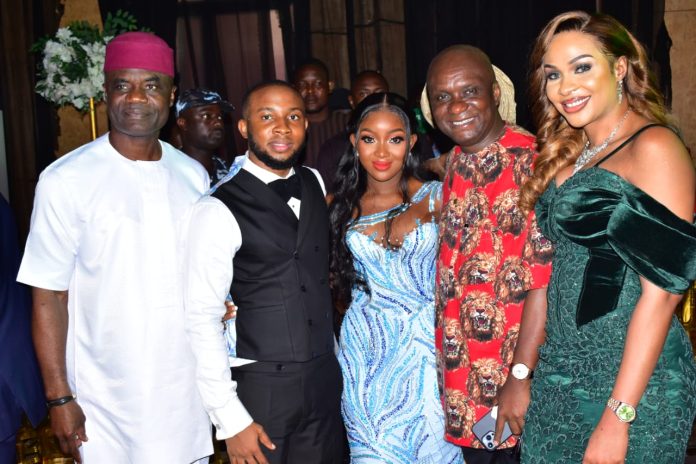 Speaking at the occasion, the Speaker congratulated the newly wedded couple on their special day.

“No marriage is perfect but I’m fully convinced that you people will work towards making a perfect marriage through mutual respect and by praying for each other”, the Speaker said.

He wished them best of luck and prayed that God Almighty will bless their union with fruitfulness and prosperity.

On his part, the Senator representing Abia Central Senatorial District, Chief Theodore Ahamefule Orji CON blessed the couple and wished them success in their marriage.

and other dignitaries graced the occasion.

The bride, former Miss Ezinne Linda Ogbonnaya is the daughter of Chief Charles Ogbonnaya (Evuleogu Ibeku) who is a former Commissioner for Local Government and Chieftaincy Affairs in the State.