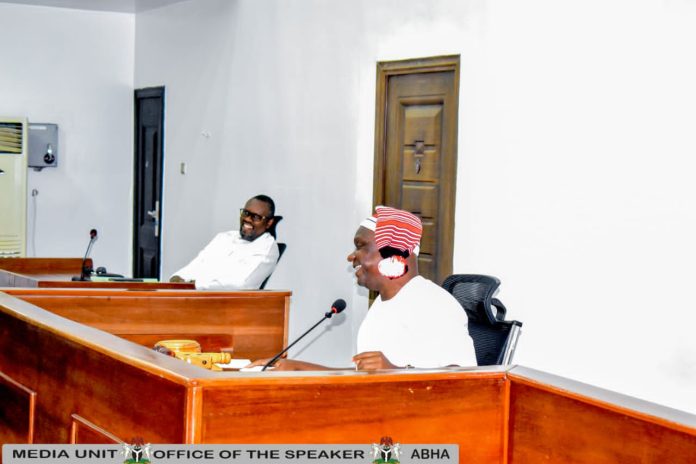 The Abia State House of Assembly commenced plenary after the adoption of Votes and Proceedings of Tuesday, 7th June, 2022.

He said the primary duties of a government especially in a democratic setting is to protect its citizens but that it is quite disappointing that the government is doing little or nothing about the situation in the country.

Finally, he said there was urgent need to tackle the problem of insecurity especially in Abia State so that criminals threatening and attacking the people will be fished out and prosecuted accordingly.

Hon Obinna Ichita prayed the House to invite the following security chiefs in the State for interaction on the situation:

Hon Kelechi Onuzuruike, Member representing Umuahia North State Constituency supported the matter raised saying he was aware that the government constituted a security committee to checkmate the activities of the criminals in Umunneochi.

He further said the government should not limit security checks to just Umunneochi but it should be extended to other areas in the State.

On his part, Rt Hon Chikwendu Kalu, Member representing Isiala Ngwa South State Constituency said it is an established fact that there are security issue in both the State and the country.

He said in the course of further deliberating on the matter, the House should find out why the State’s Homeland Security outfit cannot go after the hoodlums terrorizing the State and bemoaned the constitution of the country which limited the powers of governors as chief security officers of their respective states.

Hon Okey Igwe, Member representing Umunneochi State Constituency said the security apparatus of the country has collapsed completely and that security agencies should collaborate with locals especially the vigilante groups to put a stop to the menace.

Hon Thomas A.C Nkoro, Member representing Obingwa West State Constituency said part of the resolutions of the House on the matter should include that the National Assembly amends the constitution to capture the creation of State Police.

He said government should live up to its responsibility by funding the established security agency in the State.

The Speaker, Rt Hon Engr Chinedum Enyinnaya Orji thanked his colleagues for their contributions on the matter. He said the security situation in the country is quite worrisome and drastic measures need to be taken to address the issue.

He said the Commissioner for Homeland Security should liaise with the security chiefs in the state and appear before the House in plenary on Tuesday, 21st June, 2022.

A Bill for a Law to Establish Food Banks in the Senatorial Districts of Abia State sponsored by Member representing Umunneochi State Constituency, Hon Okey Igwe.

Accordingly, after going through legislative processes and in a motion moved by the Majority Leader and seconded by Member representing Arochukwu State Constituency, Hon Mike Onyekwere Ukoha, the Bill H.A.B. 55 passed First Reading.

Other Items on the Order Paper were deferred to be considered on another Legislative Day.

Hon Solomon Akpulonu, Majority Leader of the House therefore moved that plenary be adjourned to another Legislative Day. 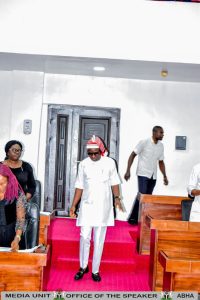 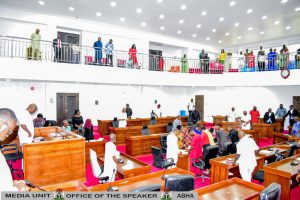 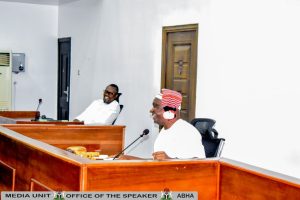 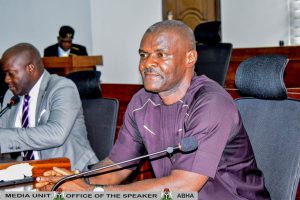 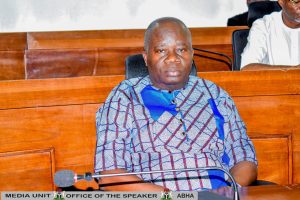 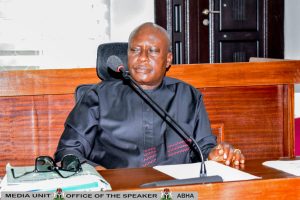 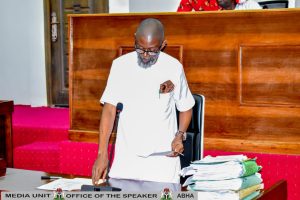 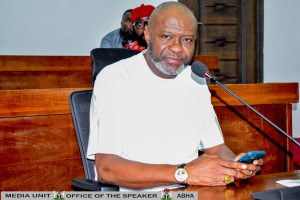 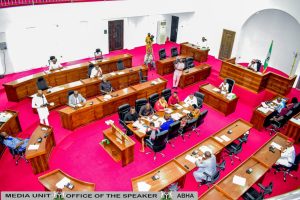 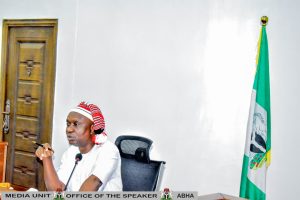