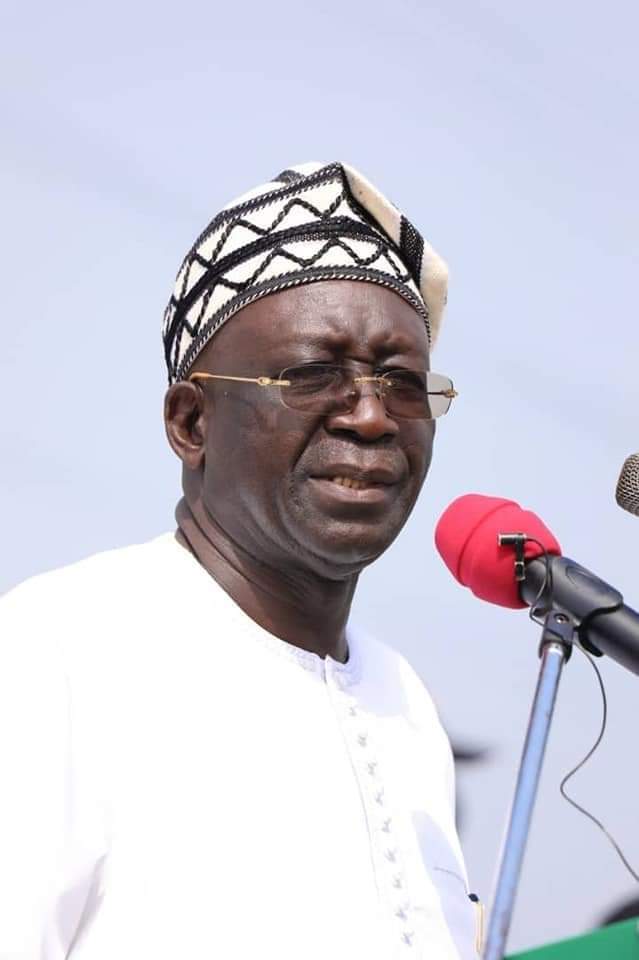 The National Chairman of the Peoples Democratic Party, PDP, Senator Iyiochia Ayu, has expressed confidence that the party and its presidential candidate, Atiku Abubakar, will, within the next 48 hours, present a running mate Nigerians will relate well with and vote into office.

Ayu gave this assurance in his opening remarks at a meeting with members of the consultative committee set up to assist Atiku choose a running mate.
He explained that the meeting was in furtherance of consultations aimed at arriving at a choice which Nigerians would be glad to elect into office.

Ayu said: “The presidential candidate of our party would have been here, but this morning he suddenly dashed somewhere.

“He apologised and if he comes early, he will join us. But we will go ahead with the assignment he has given us.

“The candidate wrote to us, as the administrative arm of the party, on the choice of his running mate.

“Various organs of the party are well represented in his committee —NWC, Governors Forum, National Assembly, former governors which have put forward their candidate.

“This deliberation will be chaired by my able Deputy, Ambassador Umaru Damagum.

“I wish you a successful deliberation and I hope you come up with a conclusion between tomorrow and Friday.

“Our presidential candidate, this time, has decided to carry everybody along unlike 2019 when he didn’t consult widely in his choice of running mate.”

The Independent National Electoral Commission, INEC, has given parties till Friday to submit names of their presidential candidates and their running mates.

Anybody found with Biafra flag will be arrested – Abia CP

COVID-19: My Daughter Is On Self Isolation After She Returned From...