Home PUO SPORTS Gabriel Jesus: I want to win everything at Arsenal 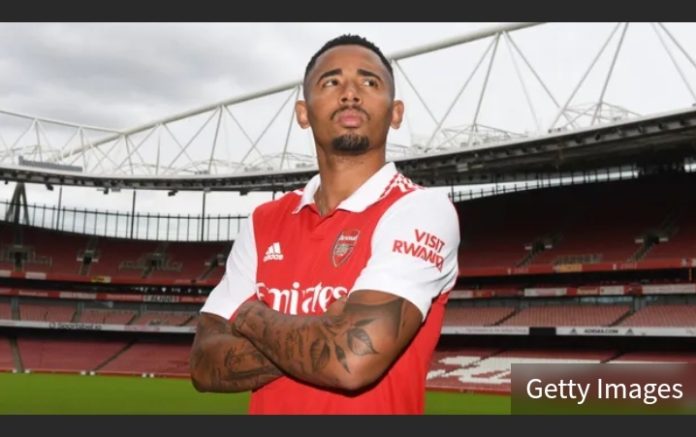 All it took was one chat with Mikel Arteta and Gabriel Jesus’ mind was made up.

There were other possibilities, with several clubs in the mix for the Brazil international this summer, but his heart was set on a move to north London.

That’s why he swapped Manchester City for Arsenal in a £45 million move, and as he prepares to make his Gunners debut on Friday evening in a pre-season friendly against Nurnberg, the 25-year-old spoke exclusively to GOAL to discuss exactly why a switch to Arsenal was so appealing.

“In my life, I always liked projects,” he said. “When Edu came to talk to me, I was so happy with the ideas of the club. The way they want to go, the things they want to do.

“There is a lot of talent here. Very good players. And young players. Like me, I’m still young. So everyone is together in this. Like a family. That is what I want.”

Jesus added: “I have already worked with Mikel, so I I know his ideas a little bit. I know the way he wants to play. I think it is quite similar to Pep Guardiola and I think that fits well. I’ve come to try to help the guys and I’ll try to learn with them as well. As a family.

“I am so happy with the group. It was good to see everyone when I joined the club for the first day.

“It is a big family here. We are going to play well, train well and at the end of the season, I am pretty sure, we are going to win something.”

Winning something would be nothing new to Jesus. In fact, since he arrived in England from Brazil in January 2017, there are few players as decorated as the forward.

He lifted the Premier League title on four separate occasions while he was with Guardiola’s side, while also claiming three League Cup winners medals during his time at the Etihad, as well as one FA Cup.

Winning comes naturally to him, and it is why Arteta was so keen to bring him to Arsenal and have him as the central figure of his new-look attack.

Jesus himself is adamant he wouldn’t have agreed to the move if he didn’t think he could add to his medal tally in north London.

“First of all, [I need] to adapt,” he said. “Adapt to the club, adapt with the players, the way they play and the way they are. After this, everything else will come naturally. This is football. Football is the same everywhere.

“Then at the end of the season I want to win something. Win trophies. Like everybody here at Arsenal. That is the only way to make myself a name in the history of this big club.

Jesus added: “It is a big club with a big project. When Edu explained to me what they want for the future, I was so excited to join Arsenal because I love the project.

When he was growing up as a child in Sao Paulo, Jesus was unable to watch much European football.

But when he did manage to catch any, there was one player who always stood out. Thierry Henry.

Jesus grew up idolising the Frenchman, but as he now prepares to follow in his footsteps at Arsenal, the Brazilian wants to write his own success story at the club.

“When you say Arsenal, you mean Thierry Henry,” said Jesus. “Thierry is unique, he is one of the greatest players ever.

“But I don’t want to be the new Thierry Henry. I want to make myself a name in this club’s history.

“I will be there: 90 minutes per game in the box, trying to score, trying to help. Not only with goals, also with assists. Covering the ball. Running, in my style. Never stop.

‘I have made my decision’ – Hazard drops biggest hint yet...