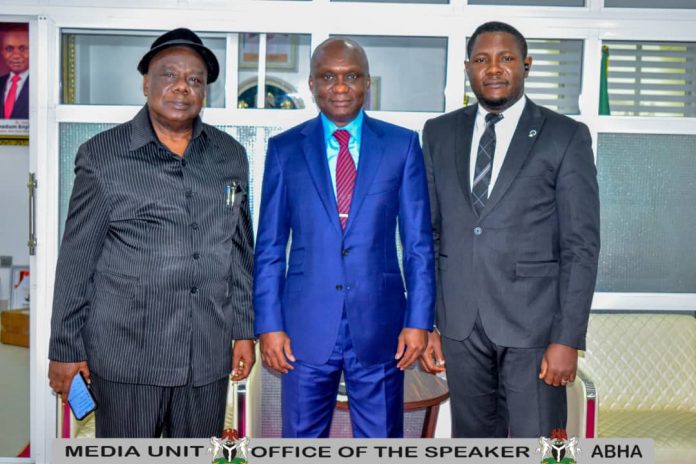 In his speech, Hon Justice K.O. Wosu extolled the Speaker for his tremendous expertise and impact on the Legislature since he was elected Speaker, emphasising that he and his colleagues have done excellently well both in the areas of legislation and in carrying out their oversight functions.

The erudite jurist further commended the House under the leadership of Rt Hon Engr Chinedum Enyinnaya Orji for being the first State House of Assembly in the federation to pass the 5th Alteration of the 1999 Constitution Amendment Bill into Law paving the way for full financial and administrative autonomy for the Judiciary, State Legislatures and Local Governments in the country.

Speaking further on the purpose of the visit, Justice Wosu said it was to familiarize and deepen collaboration with the leadership and membership of the House since the Abia State Law Reform and Review Commission is the statutory body vested with the powers to continously take and keep under review all state laws and to make recommendations to the House for reform of those Laws through the Attorney-General.

The Speaker, Rt Hon Engr Chinedum Enyinnaya Orji in his response, thanked leadership of the Commission for the visit and pledged to continue to drive the wheels of the Legislative Arm of Government firmly to align with the expectations of Abians.