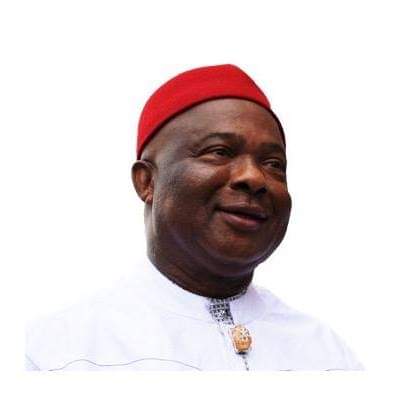 Onyeagucha who was the secretary to the Imo State Government under the sacked administration of Emeka Ihedioha said it was disheartening and provocative, the cold-blooded slaughtering on daily basis by Hope Uzodimma’s Ebubeagu killer squad of innocent Imo youths.

Onyeagocha stated this in a release signed by Prince MacDonald Enwere, his Special Assistant on Media to newsmen in Owerri, Imo State capital.

The release reads, “The blood of Innocent Imo Youths killed is on your head. This mindless killing spree has continued unremittingly. It is heartbreaking to note that since the unfortunate imposition of Hope Uzodimma by Justice Tanko’s Supreme Court in January 2020, more than three thousand innocent Imolites have been butchered by government-sponsored gunmen.

“Governor Uzodinma has never shown any modicum of concern but instead has remained nonchalant and arrogant in the face of deafening public outcry.

“This indifference is an assault on the collective insensibility of Imo people and a height of wickedness and heartlessness.

“Government has as its primary responsibility, the protection of lives and property of its citizens. Obviously, this duty is lost on Gov. Uzodimma who has remained obstinate in his resolve to wipe out Imo youths.

“Today, Imo State under the watch of Governor Hope Uzodimma is bleeding and on the brink of an avoidable conflict.

”Enough blood has been shed in the state, and NdiImo cannot continue to mourn anymore.”

He commiserated with the families of the victims of the gruesome murder and prayed God to give them the fortitude to bear their losses.