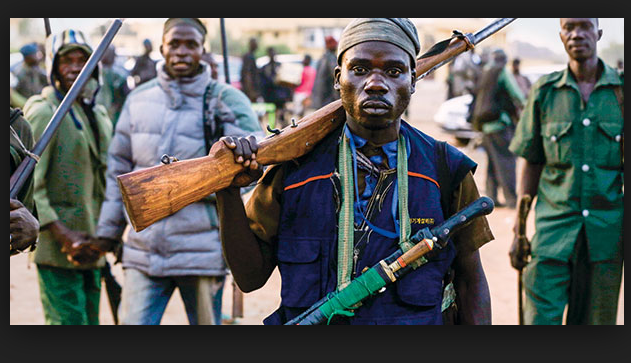 The Peoples Democratic Party (PDP) is deeply saddened, alarmed and distressed by the video of terrorists mercilessly flogging, inflicting grievous bodily harm and threatening to sell into slavery and kill traumatized victims of the bloody Abuja/Kaduna train attack who have been held in captivity since March 28, 2022 exactly 120 days today.

It is indeed heartbreaking to watch fathers, mothers, husbands, wives, brothers, sisters, helpless children; compatriots and citizens of Nigeria in captivity and being tortured, brutalized, humiliated and crying in pain, agony and anguish just because we have the misfortune of being under the All Progressives Congress (APC) government that have proven to be derelict, irresponsible, unconcerned and completely numb to the pains and sufferings of our citizens.

The emotional toll of this sad incident on the victims, their families and the entire nation cannot be quantified, particularly on the younger generation who witnessed the humiliation of their parents and breadwinners in such gruesome circumstance.

This will certainly have a generational consequence on the emotional and psychological makeup of our young persons with the possibility of losing faith in our nation and the capacity for empathy.

Indeed, as a Party, our hearts bleed! The APC government has irretrievably failed our nation. Under the APC, Nigeria is fast sliding into a Hobbesian State where Rule of Law, Order and leadership are absent and where cruel, inhumane and insensitive bunch of human beings in government have abandoned our citizens to killers, terrorists and bandits.

This disquieting video is a heartrending testament of the reported complicity and failure of the APC government to take decisive actions to rescue the victims since the gruesome train attack in which very promising Nigerians including a 29 years old female medical doctor was brutally killed and others taken captive by terrorists since then.

It is a painful commentary on the continuing mass killing by terrorists in various parts of our country as well as a confirmation of the agony of hundreds of our citizens including students, who are being tortured and executed in countless terrorists’ dens enabled by the APC government.

Nigerians can recall how the PDP on various occasions alerted that the APC government has ceded sovereignty over a large portion of our country to terrorists, many of whom were imported into our country by the APC.

From the video, in a brazen manner, terrorists as non-state actors boldly showed their faces, boasting, admitting and confirming their participation in the Kuje Prison break, some of whom were former prison inmates who were either jailed or awaiting trial for their previous terrorism act against our country.

Nigerians can equally recall the confession by the Governor of Kaduna State, Mallam Nasir el-Rufai that the APC government knows the plans and whereabouts of the terrorists but failed to act.

Between 2020 and 2022 about 18,000 Nigerians have been killed by terrorists who continue to be emboldened by the failures and obvious complicity of the APC and to which the PDP had always drawn attention.

This is not politics; this is about humanity and leadership, which leadership sadly and unfortunately is missing in our country at this time.

The PDP is appalled by the lame response by the apparently helpless, clueless and deflated Buhari Presidency, wherein it told an agonizing nation that President Buhari “has done all and even more than what was expected of him as Commander in Chief by way of morale, material and equipment support to the military…”

This is a direct admission of incapacity and failure by the Buhari Presidency and the APC. At such a time, in other climes, the President directly leads the charge and takes drastic measures to rescue and protect his citizens.

It has now become very imperative for Nigerians to take note and realize that the only solution to this unfortunate situation is to hold the APC government accountable. We must come together as a people, irrespective of our political, ethnic and religious affiliations to resist the fascist-leaning tendencies of the APC administration.

Our nation must not fall. The resilient Nigerian spirit and “can-do- attitude” must be rekindled by all to prevail on the President to immediately and without further delay, accede to the demand by the PDP and other well-meaning Nigerians to convene a special session of the National Council of State to find a lasting solution since the President has, in his own admission, come to his wits end.

Thank you for listening