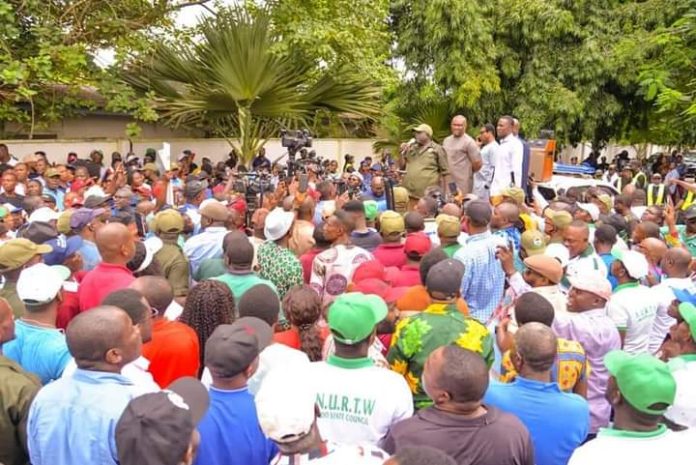 The Edo State Governor, Governor Godwin Obaseki on Tuesday, called on the Federal Government to, in the interest of Nigerian students, expedite actions to immediately end the five-month-old strike embarked upon by the Academic Staff Union of Universities (ASUU).

The governor gave the charge when he received members of the Edo State chapter of the Nigeria Labour Congress (NLC), who were on a peaceful protest at the Government House, Benin City.

Obaseki, who was represented by his Chief of Staff, Hon. Osaigbovo Iyoha, said the five-month deadlock portends danger for the future of students and the university education system in the country.

The governor said, “Our universities are on strike to demand quality education for our children. The lecturers did not go on strike because of their interests alone; they are also demanding a better environment for learning.

“It’s quite a shame that our children, brothers, and sisters have been at home for about five months since this strike action by the university lecturers commenced.”

“Some of these demands today are those that were not met as far back as the 1990s and they are still on the table; it is quite shameful. I want to commend you for this move you made today. The letter has gone round the 36 states’ governors and something will be done urgently,” Obaseki added.

Reassuring the governor’s support for the union, he further said, “I want to assure you that His Excellency will get this letter today. He is aware that you are here and I know that within the governors, they will ensure that this strike becomes a thing of the past.”

Presenting a protest letter to the governor, the state Chairman of the Nigeria Labour Congress (NLC), Mr. Odion Olaye, said, “I want you people to know that we are not here to make trouble as the governor is a friend of the union in Edo State. The reason why we are here is based on the national body’s message to states.

“The universities have been on strike for the past five months, and we are here on a solidarity protest with our affiliate unions. We are here to present a letter to Governor Obaseki.”