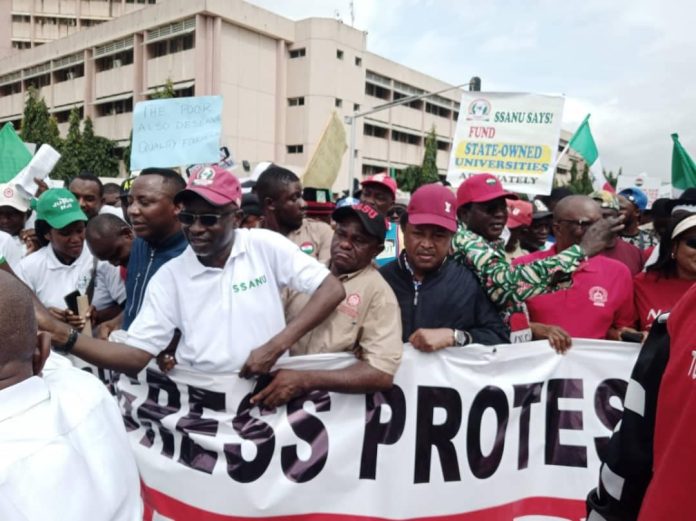 In keeping with their words, members of the Nigeria Labour Congress, NLC, on Wednesday have kicked-off their mega rally in Abuja to press home the request for the Federal Government to accede to demands raised by unions within the Nigerian university system. 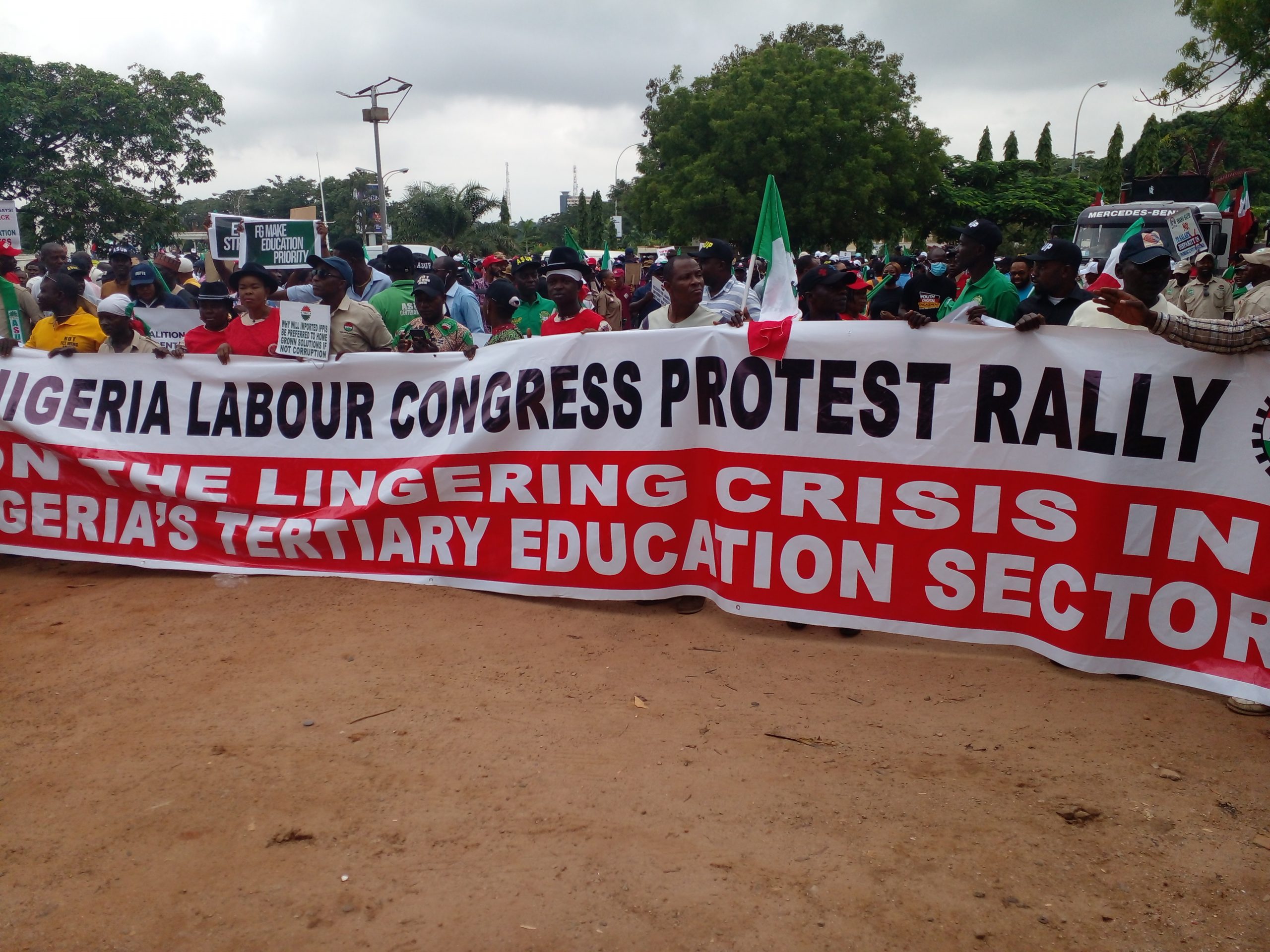 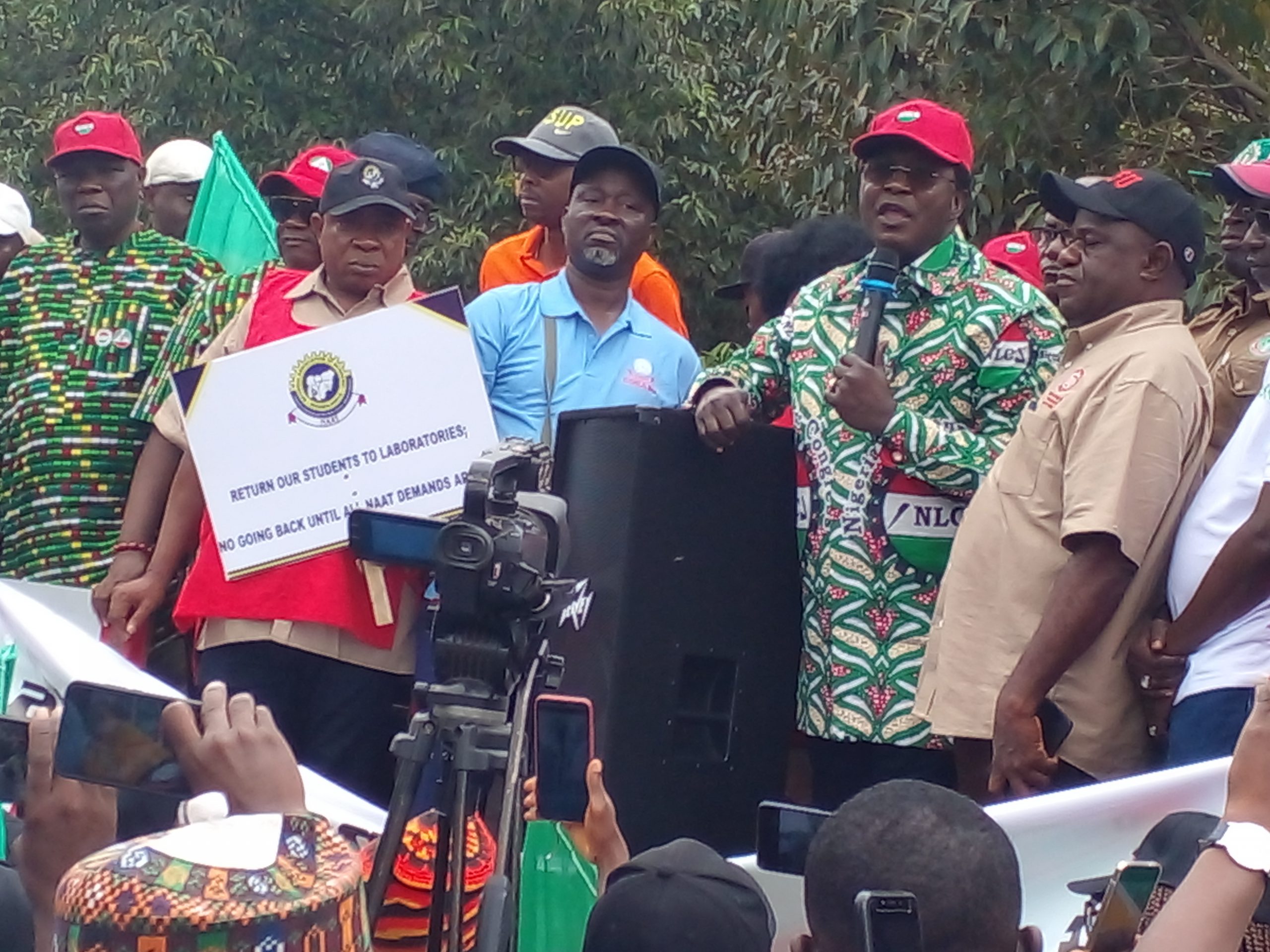 The protest, which kicked-off at the Unity Fountain, Abuja, saw over 3000 members making up the affiliate unions chanting solidarity songs.

Before proceeding to the National Assembly and probably the Presidency, President of the Nigeria Labour Congress, Ayuba Wabba addressed the crowd, telling them to be orderly in their actions.

He criticised the Federal Government for paying lip service to education and the welfare of workers in the tertiary institutions.

He noted that most of those currently in the helm of affairs were beneficiaries of a thriving education sector in the past as they enjoyed free and quality education.