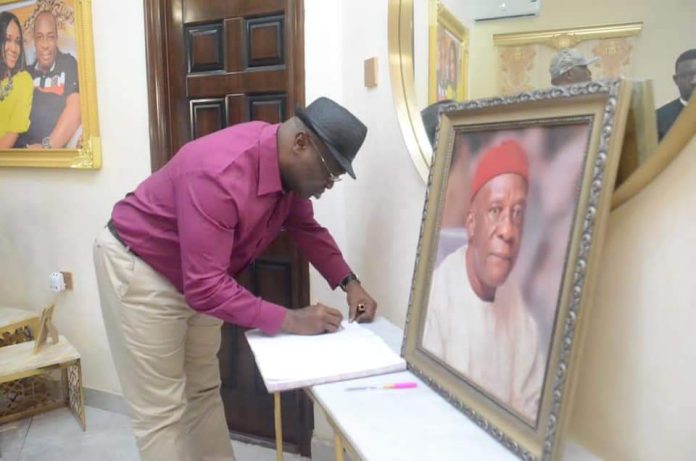 Governor Okezie Ikpeazu has condoled the family of Professor Azubuike Onyebuchi , the Chief Medical Director of the Federal Medical Center, Umuahia over the death of their father Late Sir Micah Onyebuchi.

Speaking when he paid a condolence visit to the Country Home of the deceased at Amuzukwu-Ibeku , Governor Ikpeazu said that the institutional memory of late Sir Micah Onyebuchi in the education sector is second to none as he was ever willing to help whenever called upon.

The Governor described late Sir Micah Onyebuchi as a seasoned educationist who brought his wealth of experience to bear as the then Executive Chairman of Abia state Universal Education Board (ASUBEB) and urged the bereaved family to uphold all that the deceased lived for as a way of preserving his legacies.

While praying God to give the matriach of the Onyebuchi family and other family members the fortitude to bear the loss, Governor Ikpeazu assured that the State Government will support the family towards giving the deceased a befitting burial.

The Governor had earlier signed the Condolence Register.

Receiving the Governor and his entourage a member of the family, Chief Ejikeme Onuoha thanked the Governor for coming to condole the family and prayed God to sustain the Governor to enable him complete his developmental projects in good faith.

The Governor was accompanied on the visit by his Chief of staff to the Governor Chief Okey Ahiwe , the Chairman Umuahia North LGA, Mr Ugochukwu Njinkonye ,his Ikwuano LGA Counterpart, Mr Stephen Mpamugo , the Traditional Prime minister of Ibeku, Chief Uche Akwukwuegbu amongst other stakeholders. 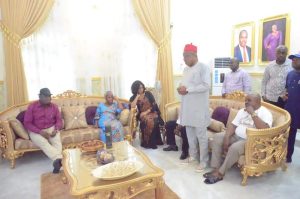 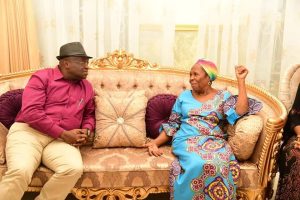 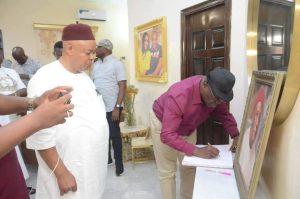