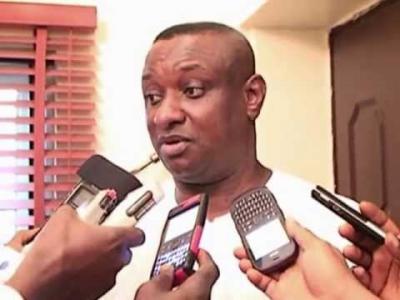 Festus Keyamo, Minister of State for Labour and Employment, has said the Labour Party, LP, presidential candidate, Peter Obi is a carpet-bagger outside the South-East.

The Minister made the remark while stressing that Obi may be a trojan horse for the Peoples Democratic Party, PDP, presidential candidate, Atiku Abubakar.

Speaking with Arise News, Keyamo, the APC presidential campaign council spokesman warned that Obi might lead his supporters to nowhere.

According to Keyamo: “Peter Obi, Kwankwaso brought colour into the campaign, and I admit they have raised some consciousness among the electorates, but outside the South-East, Peter Obi is a carpetbagger, and we suspect he may be a trojan horse for Atiku, and we want to warn his supporters that he may be leading them to nowhere.”

Keyamo disclosed that the APC’s demographics have shown that the party’s presidential candidate, Bola Tinubu is far ahead of Atiku and Obi.

“We will not see a run-off during the election; we have done our demographics and Tinubu is far ahead of other candidates.

“Peter Obi and Kwankwaso will do well, and I praise them for what they are doing. But we have done our demographics, and the election is between Tinubu and a distant second place Atiku,” he added.

2014 Confab: If Buhari implement report, Nigeria’ll be out of wood...