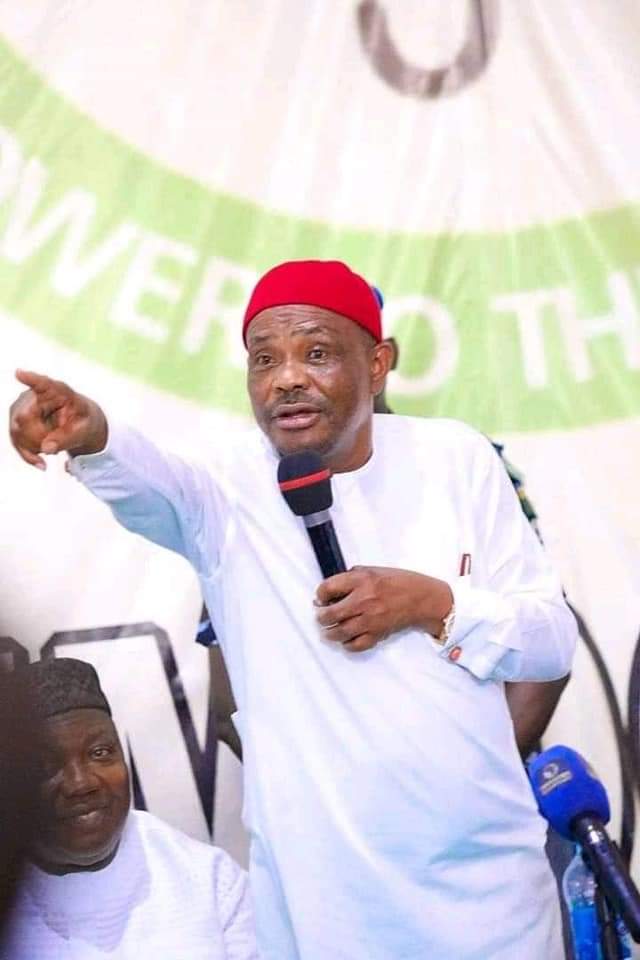 The Rivers State Governor, Nyesom Wike has said he will still perform even if he leaves the Peoples Democratic Party (PDP).

According to him, leadership is an individual thing and not tied to any political party.

Wike noted that if given the chance, he would successfully tackle banditry in Nigeria.

The governor stated this on Tuesday while speaking at the inauguration of the dualised Ogbunuabali-Eastern bypass road in Rivers.

“Leadership is not about party, leadership is about the individual. Party is only a vehicle to actualise your ambition, to be able to tell your people ‘I have this capacity; I have this quality to render services to you’.

It had been reported that Governor Wike has vowed that the people of his State will not vote for politicians who have no regard for them.

According to him, the people of Rivers State must benefit from any candidate that will have their votes.