Home FEATURED You know who to blame for Naira’s fall, only way Nigeria can... 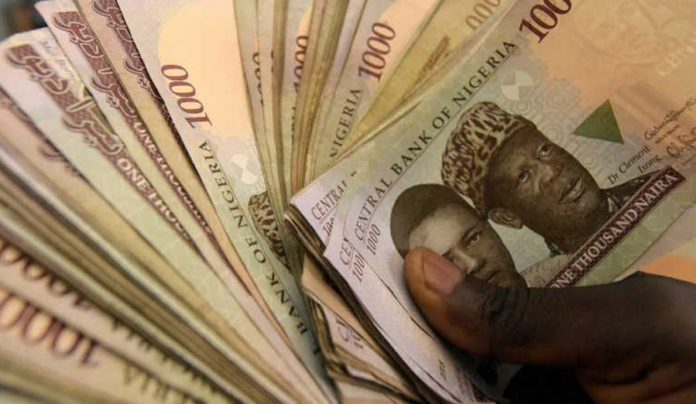 On Thursday the Conference of Nigeria Political Parties (CNPP) urged President Muhammadu Buhari to end the inefficiency and endemic corruption in NNPC Limited if the country will ever meet its Organisation of Petroleum Exporting Countries (OPEC) production quota in the near future.

In a statement by CNPP, Secretary-General, Chief Willy Ezugwu, said that to continue to perceive the monetary policy of the Central Bank of Nigeria as to blame for continuing fall of the naira against the dollar amounts to taking the blame game of appointees in the present administration too far, insisting that “the CBN cannot be blamed when Nigeria isn’t meeting its OPEC production quota as an economy that mainly depends on crude oil revenues.”

The CNPP was reacting to media reports credited to Chief Timipre Sylva, the Minister of State for Petroleum Resources, who confirmed that Nigeria wasn’t meeting its OPEC production quota due to oil theft.

“It’s worrisome that NNPC, for over ten months, has been unable to meet OPEC production quota due to gross inefficiency and corruption but, as part of the blame game of Buhari’s appointees, oil-thieves must be painted as solely responsible in order to remain in office,” the CNPP’s statement read in part.

“It has become very clear that we can’t continue to blame the monetary policy of the Central Bank of Nigeria for continuing free-fall of the naira or the sharp fluctuations in the exchange rate against the dollar when NNPC has consistently remained incapable of meeting Nigeria’s OPEC production quota for months.”

The CNPP, however, urged “President Buhari to take very decisive steps towards ending the endemic corruption in NNPC if the nation will ever meet its OPEC production quota in the near future.”