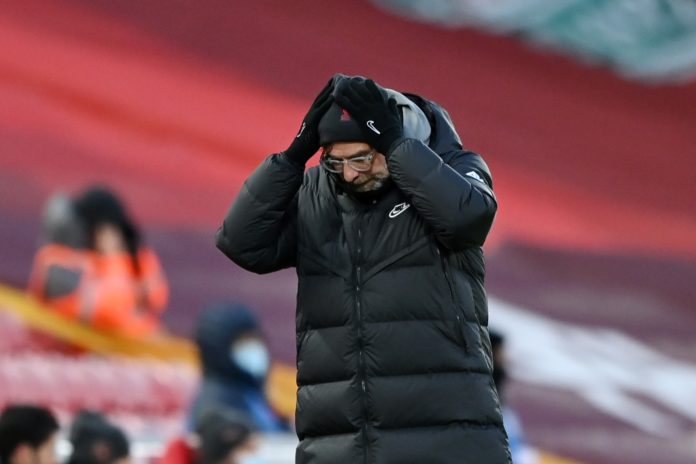 The German has continued with his criticism of the European football calendar as he deals with a long-list of absentees at Anfield.

Liverpool manager Jurgen Klopp has once again hit out at UEFA president Aleksander Ceferin over the high workload placed on footballers due to the hectic fixture list. The top-ranking UEFA official had previously said that salaries would go down if there were less matches in a direct response to criticism from Klopp and Manchester City boss Pep Guardiola.

Ceferin also stated that “those who should complain are the workers with a thousand euros a month in the factories”, and Klopp has now continued their war of words amid an ongoing injury crisis at Anfield.

Jorginho not winning Ballon d’Or would be ‘strange’ – Mancini