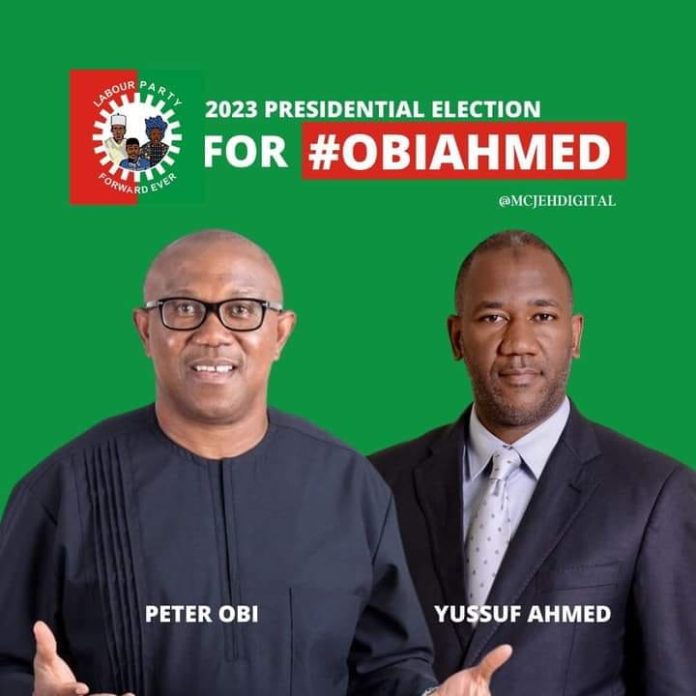 On Wednesday the camp of Labour Party (LP) presidential candidate, Peter Obi has informed Isaac Fayose that he is living in the past.

Recall the brother of ex-Ekiti governor Ayo Fayose had stated that Peter Obi would need N50billion to defeat Bola Tinubu of the ruling All Progressives Congress (APC).

In a rejoinder, the LP flagbearer’s media office said those obsessed with structure and money politics are refusing to face the reality.

It said that what is required is not N50 billion or “procured structure”, but human beings who are the victims of the previous “so-called structures”.

“The Obedient Movement is powered by human beings as represented in the Labour Party logo – Father, Mother and Child – not money. Human beings are far more bigger resources.”

The statement noted that Ruto’s party has no member in the Senate of 67 lawmakers, and only one member in the 349-member Assembly.

“Odinga’s party has 20 members in the 67-member Senate and 76 of 349 Assembly members but these structures could not deliver him above the rookie party of Ruto.

“Ruto had human beings and social media structure behind him while Odinga had the support of the ruling party, backing of the President and government of Kenya, their entire structures and money.”

Obi’s camp said the huge lesson from Kenya should prove to Fayose and all those thinking like him that “age is a factor, money is not; social media is a factor and structure is not”.

The media office added that the LP candidate and his running mate Yusuf Datti Baba-Ahmed are on a mission to dismantle political structures that have held Nigeria down over time.