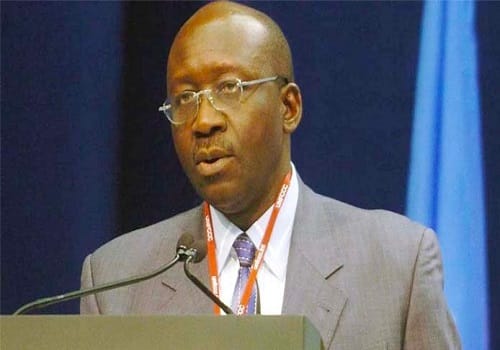 The call for Iyorchia Ayu to resign as the National Chairman of the Peoples Democratic Party, PDP, has intensified.

Some Nigerians have been calling for Ayu’s resignation over his handling of PDP’s affairs and the emergence of Atiku Abubakar as the party’s presidential candidate.

The clamour for Ayu’s resignation was anchored on the fact that among other things, the North can’t produce PDP’s National Chairman and presidential candidate at the same time.

However, on Wednesday Deji Adeyanju, a socio-political activist, added his voice to the calls for Ayu’s resignation.

Adeyanju said PDP has experienced the worst form of corruption under Ayu’s tenure.

The Abuja-based lawyer stressed that Ayu is a complete liability to the opposition party.

According to Adeyanju: “Iyorchia Ayu should resign as PDP chairman. He is a complete liability to the party. Secondus is a saint compared to him.

“You can’t have a northern candidate and also a Northern chairman. PDP under him practiced the worst form of corruption by selling tickets to candidates.”

Any Problem in Assemblies Of GOD Nigeria is Fixable-Chidi Okoroafor